What is your favorite British commemorative? 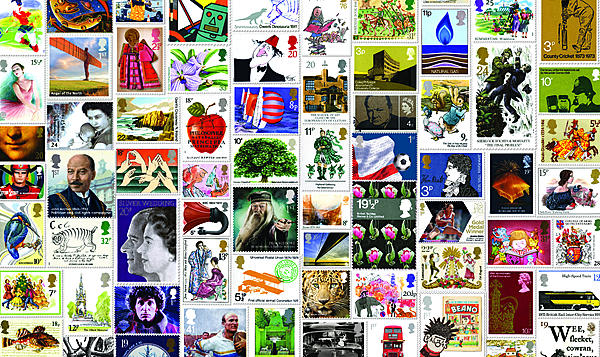 A montage of some of Great Britain’s commememorative stamps of the past 50 years.

The website includes a gallery of British commemoratives issued since the July 8, 1965, Winston Churchill issue (Scott 420-421) and a video presented by broadcaster and historian Dan Snow.

Royal Mail reports that a total of 2,663 commemorative stamps, which it calls “special stamps,” have been issued since July 1965.

Every new stamp design is approved by Queen Elizabeth II before it is issued. Other than the queen, Prince Philip is the most featured person on the commemoratives, followed by William Shakespeare.