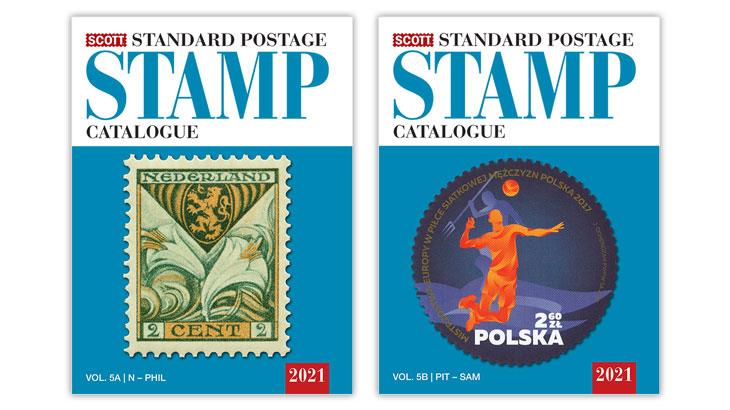 Vol. 5A (countries of the world N through Philippines) and Vol. 5B (Pitcairn Islands through Samoa) of the 2021 Scott Standard Postage Stamp Catalogue are now available for purchase. 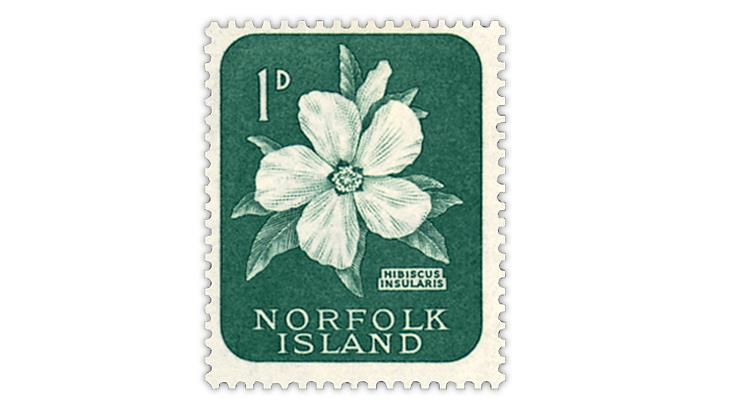 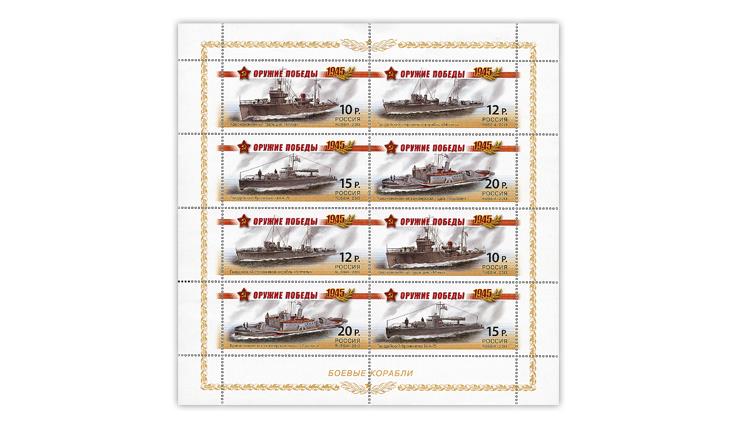 This Russian World War II Ships sheet of eight (Scott 7446a) increased from $7.50 to $11 in mint condition.
Previous
Next

Another catalog season is upon us as we continue the journey of the 152-year history of the Scott catalogs. The 2021 volumes are the 177th edition of the Scott Standard Postage Stamp Catalogue. Vol. 5A includes listings for countries of the world N through Philippines. Listings for countries of the world beginning with the Pitcairn Islands through Samoa can be found in Vol. 5B.

French New Hebrides was reviewed closely, and more than 300 changes were made with a mix of increases and decreases noted. One increase worth mentioning was for the 1977 Paris overprints set (Scott 236-248), which rose in unused condition from $65.25 to $79.35.

Nyassa was reviewed closely, with approximately 275 value changes made. Most of the changes were increases. Overprints remain of interest to collectors, and the 1910 Giraffe and Camel stamps overprinted “5 REIS PROVISORIO” (Scott 49-50) saw an increase from $1 each unused and 75¢ each used to $8 and $5.50, respectively.

More than 600 value changes were made for Panama, with a mix of slight increases and decreases noted. For example, the 1980 set of eight issued for the 130th anniversary of the Transpanamanian Railroad and the 22nd Summer Olympic Games in Moscow (Scott 600-607) increased from $4.15 in unused condition to $5.10. Similar changes are noted throughout the listings for Panama.

A few changes were made to the stamps of Paraguay. One of the largest changes was noted for the 1930-39 set of six stamps marking the 60th anniversary of the first Paraguayan postage stamp (Scott 313-318), which increased from $5 in unused condition and $2.40 in used condition to $25 and $11, respectively. Both of these values are in italics because little market data is available for this set.

Approximately 350 changes were made for stamps of the Philippines. Notably, the Scott editors moved post-1990 multiples, blocks and souvenir sheets up in value to a 1-1 ratio of unused to used. There were a handful that increased in used condition even more than that ratio. The largest increase for the Philippines was for a green surcharged stamp of 1883 (Scott 95A) that jumped from $150 to $250 in unused condition.

A handful of changes were made for Portuguese Africa, with increases seen for the Vasco da Gama issue (Scott 1-8) and the war tax stamps (MR1-MR3).

Stamps of Russia issued 1960 to date were looked at closely, and more than 1,800 value changes were made. Increases seemed to outweigh decreases, and a number of footnoted items had values added to the listings. Many of the new minor listings added are for miniature sheets. Check the Number Additions, Deletions & Changes list in this volume for the specific number references. The 2013 World War II Ships sheet of eight (Scott 7446a) increased from $7.50 mint to $11.

The post-1920 stamps of St. Helena and St. Lucia were reviewed, with approximately 300 and 500 value changes made, respectively. There was a mix of increases in decreases throughout.

Some modern St. Helena issues from the past couple of decades are starting to increase in value. For example, the 2009 souvenir sheet honoring the 500th anniversary of King Henry VIII’s ascension (Scott 977) increased from $17.50 to $22.50.

St. Thomas and Prince Island was also reviewed, with approximately 700 value changes made for items issued prior to 1950. A number of increases were noted throughout.