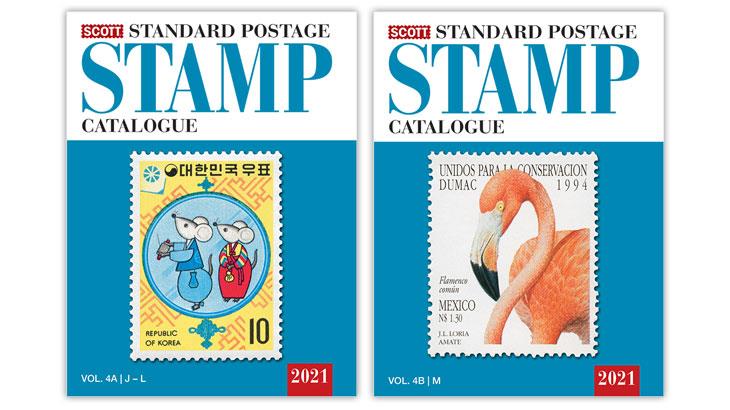 Vol. 4A (countries of the world that start with the letters J through L) and Vol. 4B (M countries) of the 2021 Scott Standard Postage Stamp Catalogue are now available for purchase from Amos Media Co. 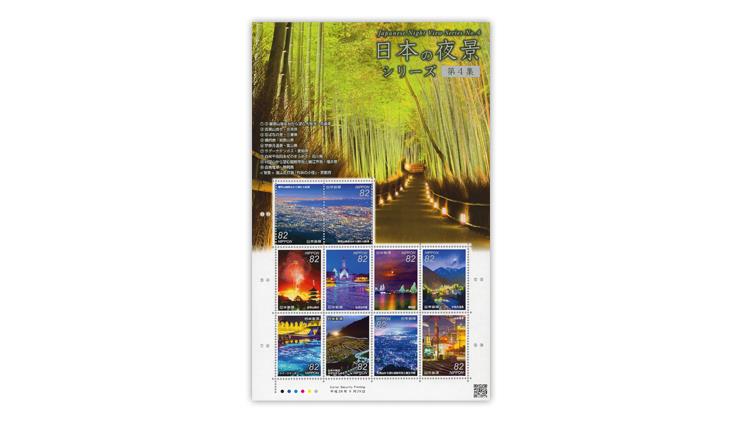 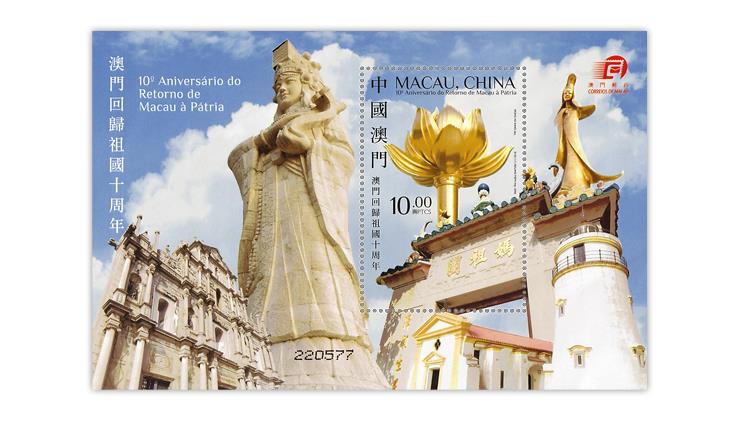 A thorough line-by-line review of Japan took place, with almost 7,000 value changes made. These numerous changes reflected some increases, but most values were down for many post-1990s issues, reflecting the weakening of the yen. Modern used values were also changed to reflect the current market for these stamps. Some modern miniature sheets increased slightly in value, while values for component singles were reduced. Many of these issues are collected as an intact sheet and not generally as component singles.

Approximately 80 value changes were made for Kenya. A couple of recent sets are hard to find, and values were updated for them. The Tourism set of 2006 (Scott 795-806) increased from $31.20 in unused and used condition to $96 unused and $48 used. Both values are in italics, reflecting the fact that the set doesn’t trade frequently.

For South Korea, varieties of the 1948 and surcharged 1951 Kyongju Observatory stamps (Scott 94 and 176, respectively) were added.

More than 1,100 value changes were made for Lebanon, including the addition of values to some footnoted items. Declining values were noted through the early 1990s, followed by value increases for stamps issued from 1993 to 2011. The 1997 Massacre at Cana stamp (Scott 525) jumped from $11 unused and $2.75 used to $20 and $10, respectively.

More than 1,000 values were adjusted for Macao, with increases noted for most. Modern material continues to have interest. The 2009 Return of Macao to China, 10th Anniversary souvenir sheet (Scott 1303) increased from $2.75 in unused and used condition to $26 both ways.

Madeira was reviewed, with almost 150 value changes made. Most of these changes were slight increases.

Slightly more than 600 value changes were made for Mauritania, with a full review of the modern material. A previously footnoted Fish stamp under Scott 431B was upgraded to a major number. This stamp was not distributed to the philatelic market but was available and used for postage in Mauritania. Stamps issued after 1986 saw slight increases in value, and values were added for a number of stamps previously listed with a dash. One of the increases was for the set of three 2011 Fish stamps (Scott 825-827), which went from $7 unused and used to $25 both ways.

The more than 100 value changes made for Mayotte resulted in a mix of increases and decreases. Values were added for the first time for the set of three overprinted French stamps (Scott 95-97).

Almost 1,000 value changes were made for Morocco, with a mix of slight increases and decreases. Values increased slightly for most stamps issued between 1991 and 2005. A sizeable increase was noted for the perforation variety of the 1981 King Hassan II stamp (Scott 516a), which jumped from 25¢ to $8.50 unused. Another variety, Scott 524Ae, increased from $2 unused and $1 used to $30 and $2.50, respectively. A number of other similar minor varieties saw increases as well.