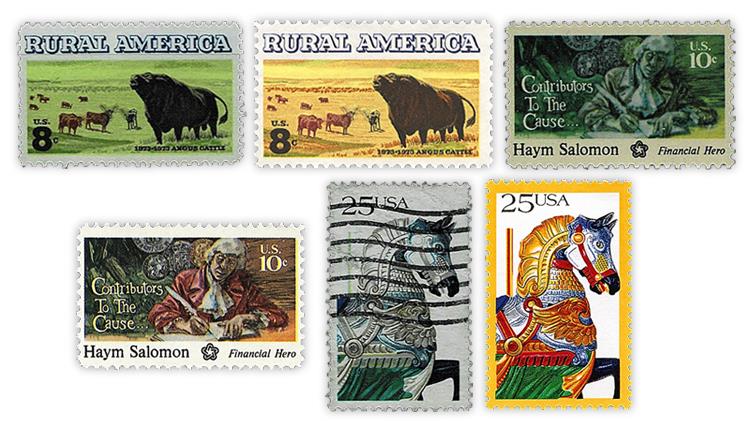 Figure 1. These three stamps may appear to be missing colors, but they are actually altered normal stamps detectable by faded colors, traces of color and/or altered color of the paper. Normal examples of each stamp are shown for comparison. 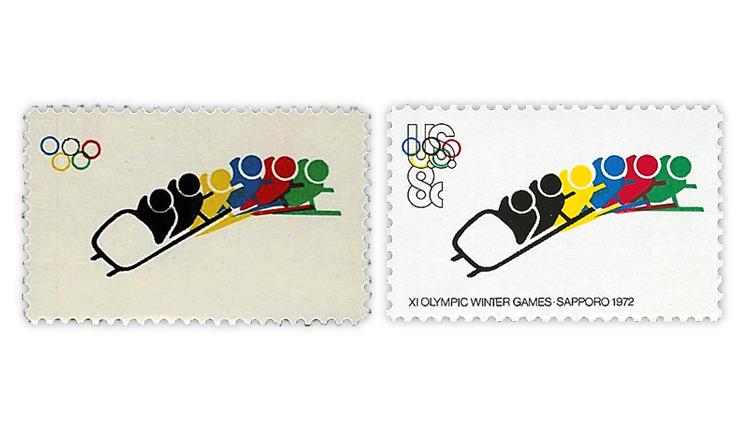 Figure 2. Though the black text is missing from the stamp at the left, it does not qualify as a missing color error.
Previous
Next

Readers write! A rule of thumb I have learned over the years is that a single question may indicate only one person has that question. Two instances of the same question in six months indicate that a dozen people have that same question, but only two are writing. But when I receive the same question a third time, I know it deserves an answer in this column.

So, I will take this opportunity to answer a few of these often-asked questions in this column. I have generalized the questions.

Question 1: Modern United States commemorative stamps with missing colors come along every so often but every time I’ve had one and submitted it for expertizing, it gets rejected. What makes you people so sure you’ve got it right?

The most likely scenario with such potential missing colors is that the stamp was normal when printed but one or more colors have disappeared or almost disappeared since then.

Alternatively, a stamp came from the printer with some but not all of a color missing, as shown in Figure 2. On the top, the 1972 8¢ Olympic Games stamp showing bobsledding and Olympic rings (Scott 1461) has some but not all of the black missing. A normal stamp is below.

In such cases, a stamp is not an error unless every trace of the purported missing color is completely 100 percent gone. Even if color is not apparent to the naked eye, the industry standard is if an expertizer can find traces of it under 30x magnification, the stamp does not qualify.

In the case of the three stamps in Figure 1, there are several markers that expertizers use to determine whether a stamp qualifies as an error. First is this: Is the stamp mint or used? Almost all used missing-color error candidates are altered and need careful review.

Then, even if the stamp is in mint (with full undisturbed gum) condition, is the color of the paper as bright as the paper of normal stamps? When a given color is altered or eliminated, whatever has done the work will routinely affect other colors and/or the paper itself. If the paper is darkened or dingy looking, that is evidence there has been monkey business — even if the submitter found the stamp as is in a mixture or unthinkingly put it on a shelf and the sun bleached it over time.

Another tip-off is if the colors that are present appear not quite normal.

If a decision has not yet been reached, it is time to check the patient (the submitted stamp) under high and low ultraviolet light, comparing it to a normal example. If the tagging or surface is mottled compared to normal or is the wrong color under UV, that is often a clue.

After these inspections, 99 percent of patients will be clearly good or bad. After that, it is an educated guess, but the right response for the remaining 1 percent is usually going to be “No opinion.”

To read the answers to the other questions about expertizing in this column, subscribe to Linn’s Stamp News.