What will a U.S. forever stamp cost after Jan. 22? 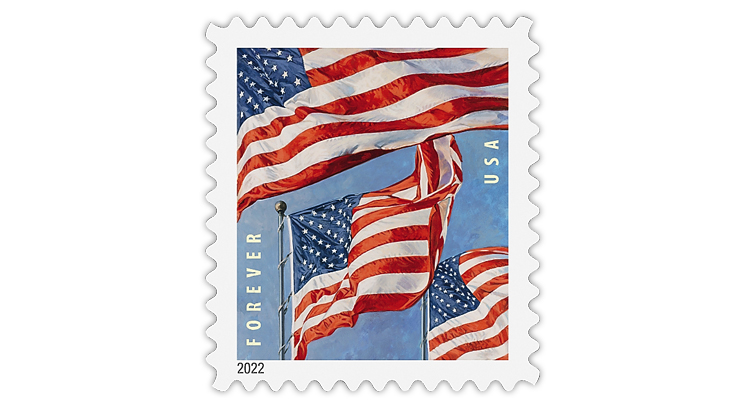 The United States Postal Service plans to raise rates early next year. Forever stamps have a current postage value of 60¢.

A United States forever stamp sells for 60¢, but what will it cost after Jan. 22, 2023, when new postal rates are scheduled to be in effect?

The stamp price guessing game has begun in Washington, D.C., and the major players are already making predictions on how high the price will go next year.

The Postal Regulatory Commission has released its price caps for the new increases, declaring the U.S. Postal Service can increase most postal prices by 4.2 percent.

According to Stephen Kearney, executive director of the Alliance of Nonprofit Mailers, that means the new forever stamp rate should be around 62¢ or 63¢.

Or the Postal Service could “go lower for a PR [public relations] benefit,” Kearney said.

A former senior postal administrator, Kearney has first-hand experience with the Postal Service’s rate-making procedure. That means his predictions are closely watched by the mailing industry.

It’s up to the Postal Service’s board of governors to recommend the new rates, subject to approval by the Postal Regulatory Commission.

Postmaster General Louis DeJoy has made clear he wants postal rates considered twice a year. He says the USPS needs the added revenue to carry out his 10-year Delivering for America plan that would reduce the agency’s towering deficits.

The USPS is likely to make the board of governors’ recommended rates public sometime before the Oct. 13 release of the consumer price index for September 2022.