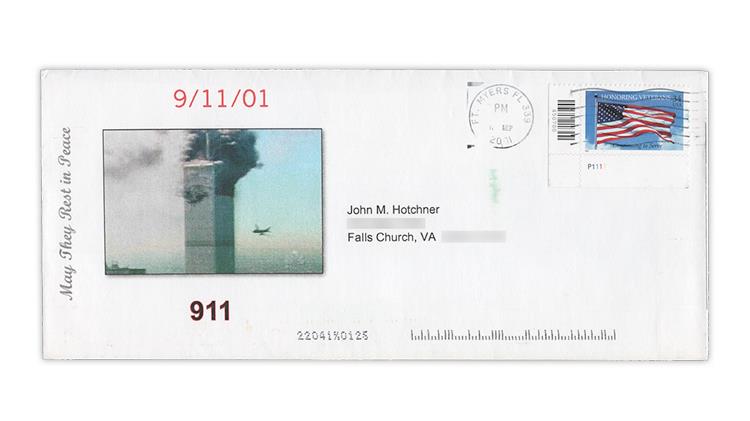 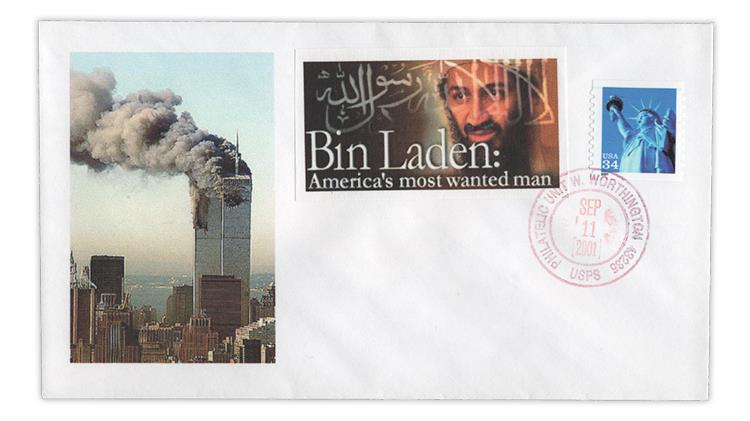 Figure 2. Because the Osama bin Laden label on this cover probably originated sometime after Sept. 11, 2001, it is likely that this cover with that date cancel was backdated.
Previous
Next

September 11, like Dec. 7, will always have a special meaning, especially for those who lived through it.

I was on an airplane from Washington, D.C., on that Tuesday morning in 2001, providentially going south, not on the plane going west taken over by the al-Qaida hijackers. My wife was on duty in the medical division of the State Department and endured a brief panic when it was thought a plane might hit that building.

So I’m always on the lookout for covers that relate to that day. Thus, the covers shown in Figures 1 and 2 bring back memories. They are unusual because almost all commemorative covers I’ve seen are canceled days, months or years after the event. These two are canceled Sept. 11, 2001.

I believe the Figure 1 cover is genuine, canceled that afternoon at Fort Myers, Fla., with a cachet made from the first fuzzy images available on television. I received this cover in the mail within a week after Sept. 11.

The Figure 2 cover is another story. It bears a Sept. 11, 2001, cancel of the Philatelic Unit of the Worthington, Ohio, post office. I have to believe it was backdated. The Osama bin Laden label, which is under the cancellation, is unlikely to have been applied on Sept. 11 because his complicity was still a matter of speculation. The cachet could have been added later, but not the label.

I wonder how many of these were made?