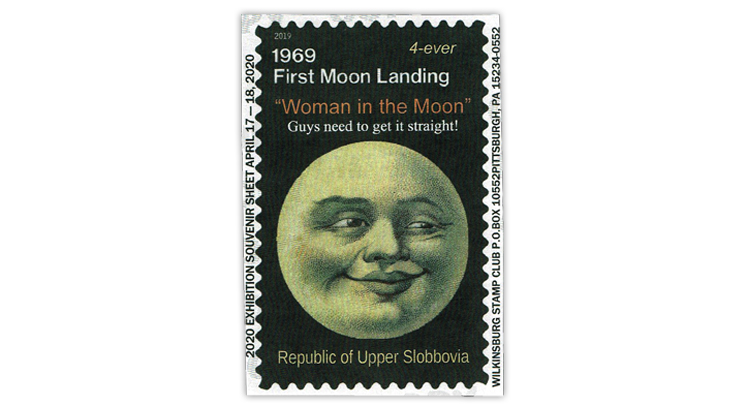 Figure 1. For its annual stamp shows, the Wilkinsburg Stamp Club creates Upper Slobbovia spoof souvenir sheets. For this year’s 70th anniversary show, which ended up being canceled, the club issued two sheets. The one shown here has a twist on the phrase 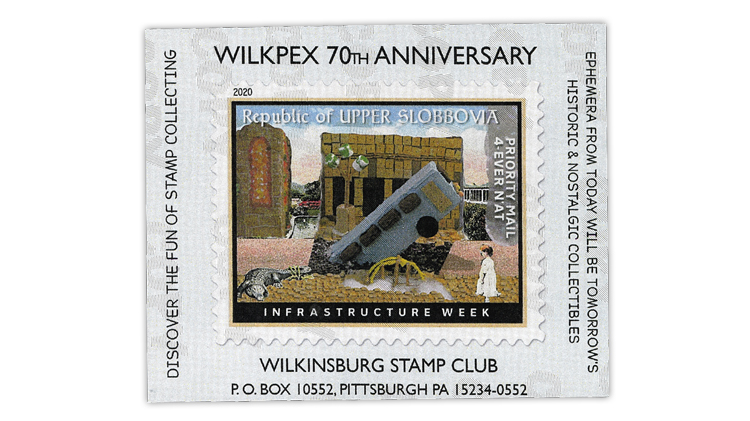 Figure 2. The second souvenir sheet for the Wilkinsburg Stamp Club’s 70th anniversary show depicts the sunken bus and alligators found in Pittsburgh in 2019. 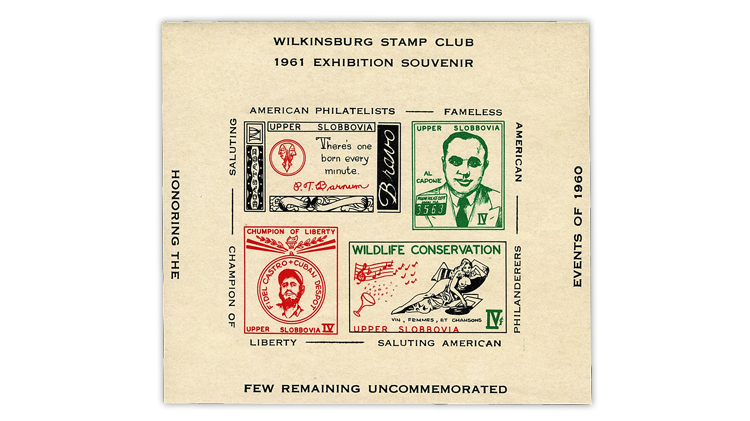 Figure 3. Three versions exist of the Wilkinsburg Stamp Club’s first satirical souvenir sheet issued in 1961. The type 1 version, which is shown, has two lines at the top in black.
Previous
Next

The bad news is that Wilkpex, the annual show of the Wilkinsburg (Pennsylvania) Stamp Club, was canceled this year. Scheduled for April 17-18, this Pittsburgh-area show was done in by the coronavirus COVID-19 outbreak.

The good news is that the club still produced its signature Republic of Upper Slobbovia spoof souvenir sheet for Wilkpex. In fact, this being the 70th anniversary show, the club created two sheets, shown in Figures 1 and 2.

The annual sheet is eagerly awaited by thousands of fans who appreciate the humor displayed.

The tradition began in 1961 when club member Lou Yagle (who styled himself “The Grand Slob”) conceived the idea and designed the first sheet to help fund the Wilkinsburg show. These sheets quickly caught on, drawing nationwide interest.

Since 1997 when Yagle passed on, other club members have kept the run going. These days club member Gene Bujdos chairs the effort.

The usual annual sheet for 2020 is the “Woman in the Moon” sheet shown in Figure 1. It commemorates the 1969 First Moon Landing, but with a politically correct twist.

The souvenir sheet in Figure 2 was created especially for the Wilkpex 70th anniversary.

The sheet copies the format of United States Express Mail and Priority Mail stamps, But instead of iconic natural wonders and man-made marvels, the spoof shows two strange things that happened in Pittsburgh in 2019: A big blue bus fell into a sinkhole on a downtown street on Oct. 29, and seven alligators were found walking along the banks of Pittsburgh’s rivers.

In other words, it is possible to start with a nearly complete run of the sheets before you need to try to find the few needed to finish it in the stocks of dealers who handle cinderellas.

An order form can be downloaded from the Wilkinsburg club’s website. You may also request sheets by writing to Gene Bujdos, Dept. W, Box 5649, Pittsburgh, PA 15207.

In was recently discovered that there are three versions of the 1961 sheet, and news of this discovery was communicated to Bujdos.

Before that, the club had not been aware of the varieties, and no one knows which is first or if one is more scarce than the others. Type numbers for the sake of ease of reference were assigned, but they are not necessarily in order of release.

Type I is shown in Figure 3. Both of the top two lines are in black. Type II has three lines of type at the top: “Wilkinsburg Stamp Club” in red, with the next two lines in black as in Type I. Type III has just two lines of text, with the name of the club in red.

This adds a bit of challenge. Just when I thought I had a complete run, I had to search out the type II because it turned out I had types I and III but had never noticed the difference.