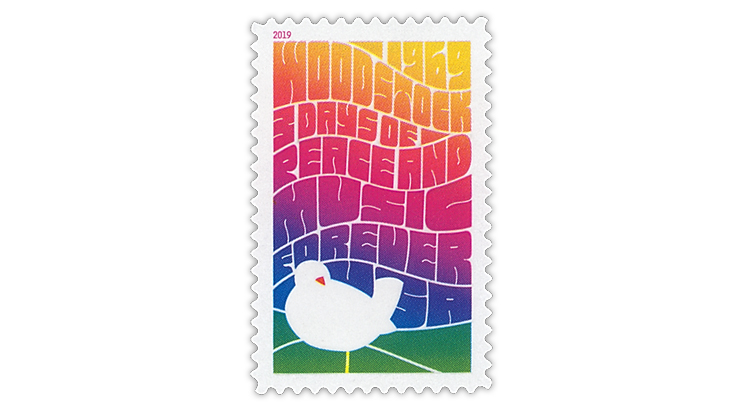 Among recent United States issues to receive Scott catalog numbers is the Woodstock commemorative forever stamp, which was issued Aug. 8 in recognition of the 50th anniversary of the iconic 1969 music and art fair.

Included in this month’s listings are Scott numbers for the quartet of Tyrannosaurus Rex stamps issued Aug, 29 in Washington D.C. Also Scott official is the commemorative stamp issued Aug. 8 to celebrate the 50th anniversary of the 1969 Woodstock Music and Art Fair.

All of the numbers will appear in the Scott New Listings Update section of the Oct. 21, 2019, Linn’s Stamp News. For further information, contact Martin J. Frankevicz.