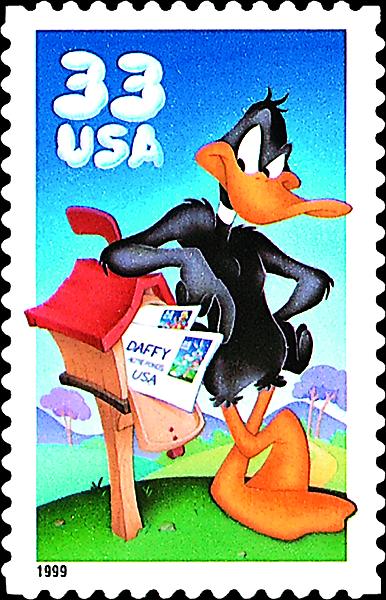 The cartoon caption contest stamp for October is this 33¢ stamp depicting Daffy Duck. The rules to enter the contest are in the accompanying article. Entries must be received by Oct. 27. 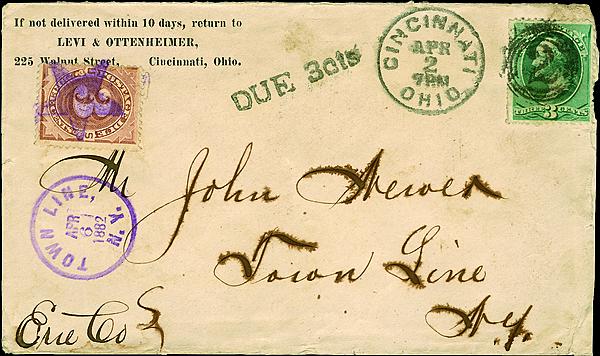 This 1882 cover — likely a double-weight cover — was rated 3¢ postage due. The collection of that sum was documented by an attractively canceled 3¢ first-issue postage due stamp. 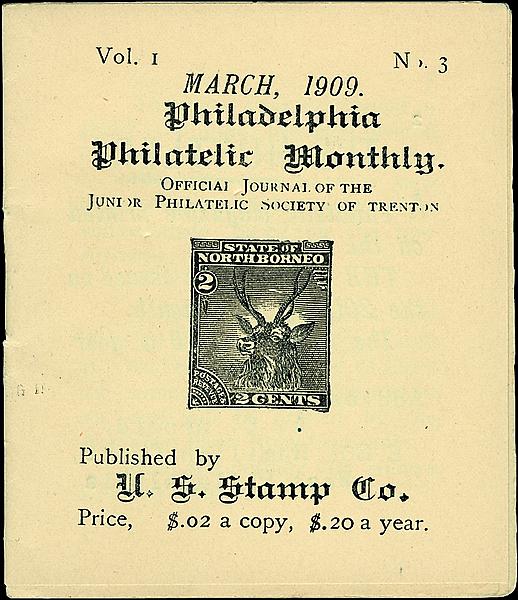 A new smallest category contender is this 3-inch by 3½-inch philatelic journal from 1909. 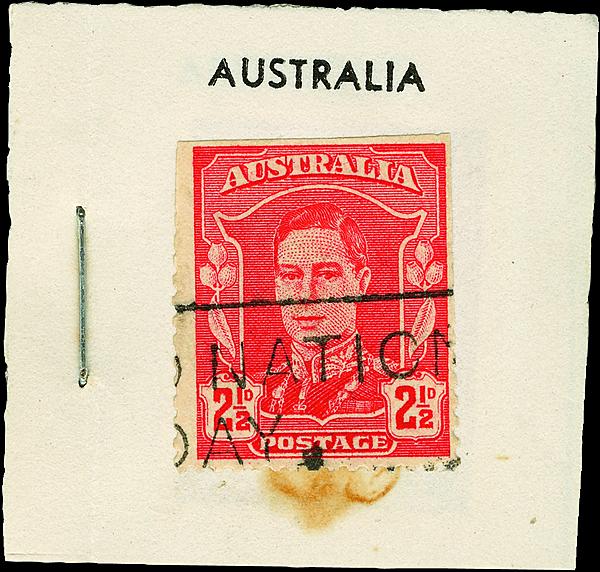 Twenty pages, each labeled with a country name, make up the smallest stamp album. This is the page for Australia. 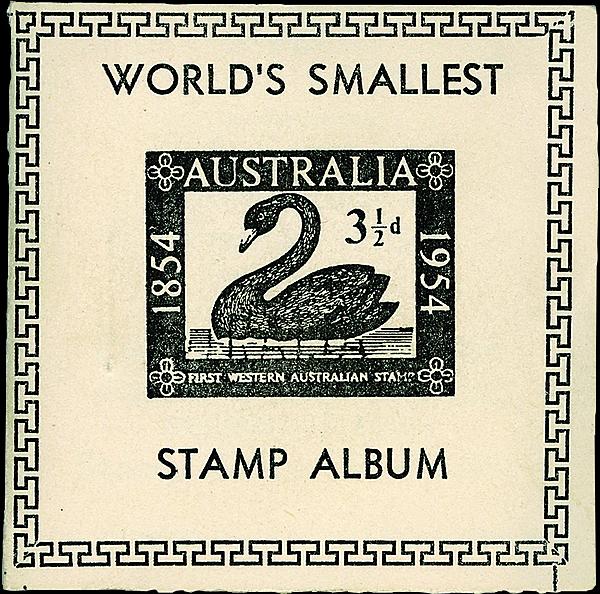 I have a new claimant for the title of the world’s smallest stamp album, and a new smallest category to challenge U.S. Stamp Notes readers.

In the Jan. 20 U.S. Stamp Notes column, I pictured an 1899 contender for smallest album, one that measures 5 inches by 3 inches. It has 15 pages and 120 spaces, of which 24 illustrate worldwide stamps that might be included.

This prompted Aimee Devine of Janesville, Wis., to write in with the much smaller World’s Smallest Stamp Album pictured here. Unfortunately, it does not show a date, but the producer is identified on the outside back as “Pot-O’-Gold Stamps, Litchfield, Conn.”

The album measures 2 inches by 2 inches and contains 20 pages, each labeled with the name of a country. The first page is for Australia. There are no illustrations other than the Australian stamp on the cover of the album.

I would be surprised if this new entry can be bested, but new candidates are welcome.

A new smallest category is presented as the result of a recent purchase at a stamp show. It is the March 1909 issue (Vol. 1, No. 3) of the Philadelphia Philatelic Monthly, the official journal of the Junior Philatelic Society of Trenton, N.J.

At 3 inches by 3½ inches it is small but not tiny, and I would not be surprised if a smaller philatelic journal could be found.

Again, Linn’s readers are invited to submit a candidate. If you can come up with a smaller journal, contact me, John Hotchner, Box 1125, Falls Church, VA 22041; or by e-mail at jmhstamp@verizon.net.

Some covers are so attractive that they almost scream “Buy me!” The postage due letter here is a good example and was found by reader Bob Horn.

It began its journey April 2, 1882, in Cincinnati, Ohio, franked with a single 3¢ Washington stamp (Scott 207) from the then-current Banknote series.

The 3¢ stamp should have been enough to get the letter from Ohio to New York, unless the envelope and contents weighed more than ½ ounce. This appears to have been the case, as the letter is marked “Due 3cts” by the delivery post office in Town Line, Erie County, N.Y.

A few years earlier, in 1879, the U.S. Post Office Department had inaugurated a new system to account for postage due charges by using postage due stamps to document payment.

A first-issue 3¢ postage due stamp (Scott J3) is affixed to this cover and canceled by a lovely purple “star” applied by the delivery post office. The 3¢ due was no doubt collected when the addressee came in to collect his mail.

I hope the Scott catalog editors will one day add this information to the catalog. It won’t be easy because every postage due cover has its own story, but without it, collectors have a difficult time valuing a cover such as this purple-star beauty.

While skimming through my Scott catalog looking for cartoon contest inspiration, the image of Daffy Duck from his 1999 33¢ stamp struck me.

Why? Maybe because the usual caustic look on his face struck a nerve.

Daffy appeared on the scene in 1937 as a bit player, but he gradually grew into a star by giving voice to many of the things that annoyed his viewers.

Verbal, combative and with very little filter between brain and mouth, Daffy both delighted and flabbergasted his audiences.

And he seems like a perfect image to use as the cartoon caption contest stamp for October.

What I need you to do is to put yourself inside the figure of Daffy as he leans menacingly on the mailbox on his stamp, and tell me what you might be thinking about the mail, postal service, stamp collecting, or any other aspect of Daffy’s world — which, of course, in cartoon form is our world.

For each winner, the prize will be the book Linn’s Stamp Identifier, published by Linn’s (a retail value of $12.99), or a 13-week subscription to Linn’s (a new subscription or an extension). To be considered for a prize, entries must reach Linn’s no later than Oct. 27.