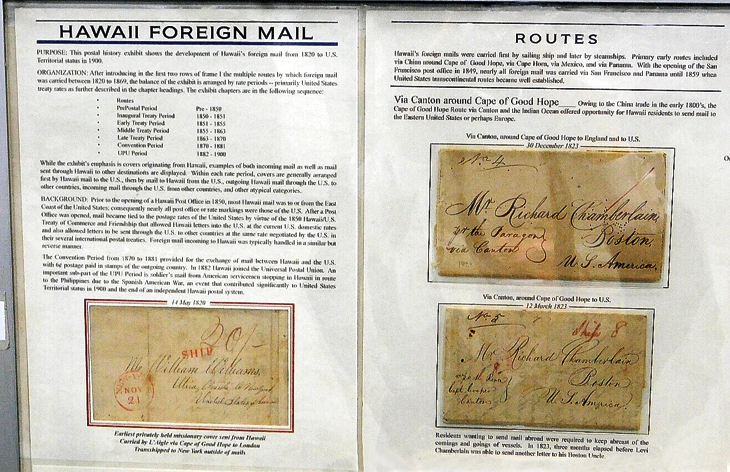 On Aug. 11 Linn’s reported on the winner of the Champion of Champions competition at the American Philatelic Society Stampshow 2016, the 130th annual convention of the society. The show took place Aug. 4-7 at the Oregon Convention Center in Portland.

Malmgrem and 26 fellow exhibitors competed for the top national prize at Stampshow. To be eligible to compete, each exhibitor won the grand award at major national stamp exhibitions held throughout the United States. The competition is known as the World Series of Philately.

The WSP is fast approaching its 50th anniversary. The competition was introduced at the 82nd annual APS convention in September 1968 in Rochester, N.Y.

The APS board of directors establishes an accreditation process, and shows must follow rules and regulations to achieve and maintain their status as a WSP show.

The number of WSP shows is limited to 35. Other shows that may qualify are placed on a waiting list.

Because of the much sought-after WSP status, show organizers are encouraged to up their game. They seek high-quality exhibits, promote their shows in a timely manner, present a widely diverse bourse, select a suitable venue, and schedule shows on weekends when they aren’t competing with other WSP shows. The shows offer informative seminars and encourage society participation.

The exhibits are judged by an accredited APS jury, and exhibitors receive awards commensurate to the level of award they have achieved.

Show attendees are the true winners. Collectors have an opportunity to attend high-quality shows where they can view outstanding philatelic material.

Grand-award winners are invited to compete in the nation’s most pretigious stamp competition, the Champion of Champions held at the annual APS Stampshow.