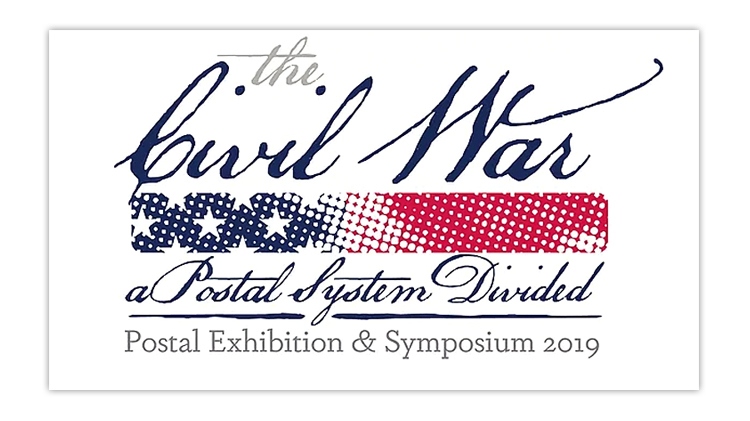 The Civil War, a Postal System Divided, Postal Exhibition and Symposium will take place Oct. 25-26 at the American Philatelic Center in Bellefonte, Pa.

The Civil War, a Postal System Divided, Postal Exhibition and Symposium is a one-time World Series of Philately show. The show’s grand-award winner among the multiframe exhibits will qualify to compete in the Champion of Champions exhibition during the APS Stampshow in Hartford, Conn., Aug. 20-23, 2020.

Hours of the Civil War postal exhibition and bourse will be 10 a.m. to 6 p.m. Friday, and 10 a.m. to 4 p.m. Saturday. Admission is free, but advance registration is required via the show website.

The exhibition will include 125 competitive exhibits, plus a court of honor. Chairing the judging panel will be Darrell Ertzberger.

The deadline for exhibition entries is Aug. 15.

The bourse will comprise 11 specialist dealers emphasizing postal history from both sides of the American Civil War.

Four guest speakers will give presentations, three on Friday and one on Saturday.

The Friday presentations begin at 11 a.m. with “The 3¢ Nashville Provisional” by Francis J. “Frank” Crown Jr.

At 1:30 p.m., Daniel M. Knowles will speak on “The American Civil War Captured in Thirty-One Covers,” followed at 3:30 p.m. by Stefan T. Jaronski with “Evolution of Confederate Army Field Post Service During the War Between the States.”

On Saturday, at 11 a.m., Daniel J. Ryterband will present the talk “A Country Divided: Effects of the American Civil War on the Mails.”

Events also are scheduled for Thursday, Oct. 24, the day before the exhibition, including the dedication of the Kaufmann Civil War Room at the American Philatelic Center at 6 p.m.

This event is made possible with a grant from Robert A. Siegel Auction Galleries and financial support from H.R. Harmer GPN Inc. and Schuyler J. Rumsey Philatelic Auctions.

For more information, including the exhibit prospectus and special rates at the show hotel, visit the show's website.