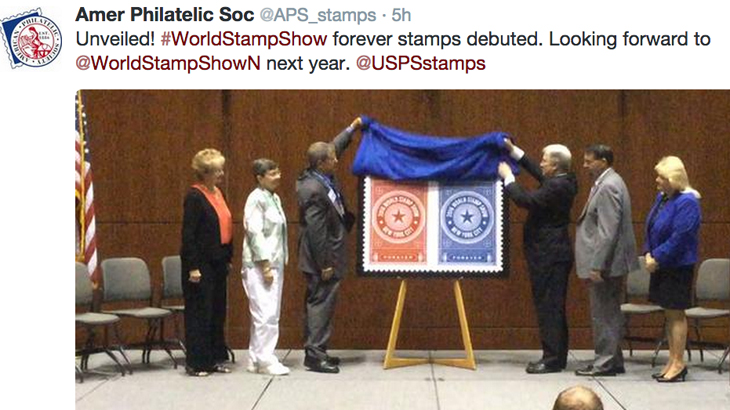 The APS tweeted from the unveiling of the World Stamp Show forever stamp in Grand Rapids, Mich.

The stamps, which will be sold in panes of 20, honor the once-in-a-decade event that will take place in New York City next spring.

There was a very cool live Periscope broadcast from Stampshow 2015 this morning.

"The Office of Inspector General of the United States Postal Service has been highly critical of the recent sales of the rare upright $2 Jenny Invert panes.

"Now the inspector general is seeking the public’s opinion on that stamp promotion."

Have a look at the three most read posts of the last couple of days: