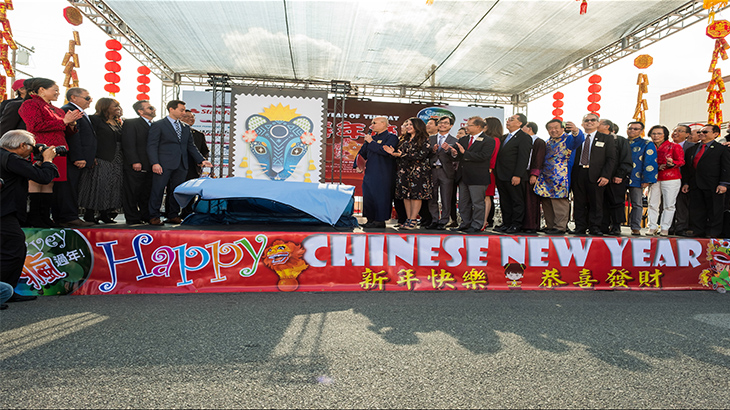 The Year of the Rat forever stamp was dedicated Jan. 11 at the Lunar New Year Festival in Monterey Park, Calif. 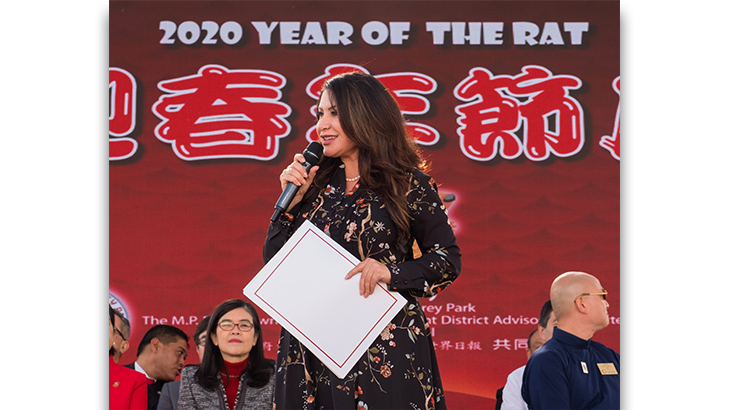 California state Sen. Susan Rubio took part in the dedication festivities for the Year of the Rat stamp. 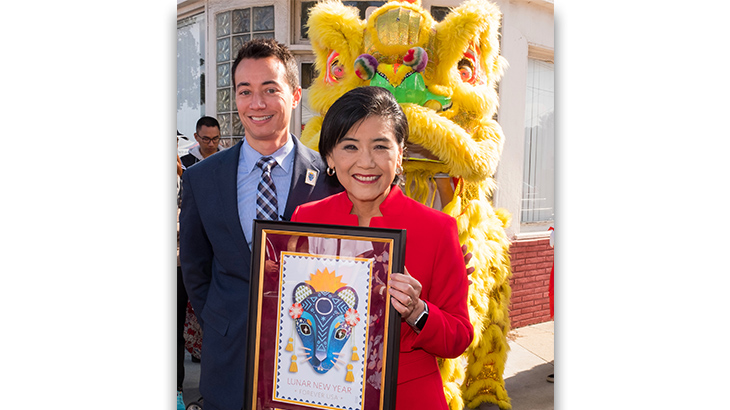 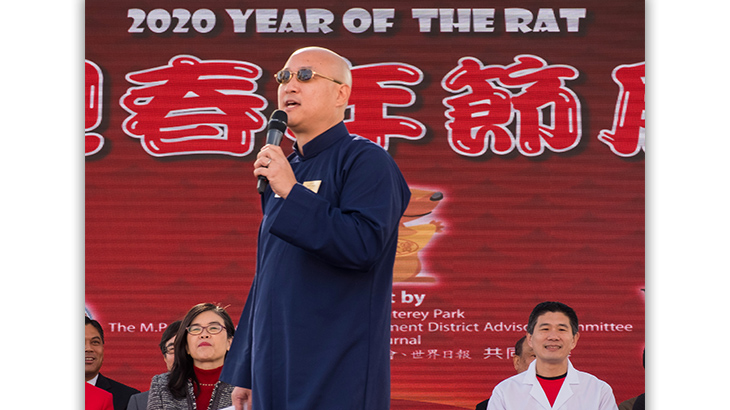 Hans Liang, mayor of Monterey Park, served as master of ceremonies for the dedication of the Year of the Rat stamp.
Previous
Next

The Year of the Rat begins Jan. 25, but celebrations are already underway across the globe.

The United States Postal Service was a part of one celebration over the weekend when its Year of the Rat forever commemorative stamp was issued Jan. 11 at the Lunar New Year Festival in Monterey Park, Calif.

The first stamp in the Postal Service's new Lunar New Year series was unveiled during the two-day festival’s opening ceremony. The annual festival draws tens of thousands of attendees each year.

Rep. Judy Chu, D-Calif., shared her excitement for the new stamp. The celebration marked the first time Monterey Park has hosted the dedication of a Lunar New Year stamp.

“Now, let me tell you, having a stamp is important, it’s a way for the entire nation to recognize the community,” Chu said.

Luke T. Grossmann, senior vice president of finance and strategy for the USPS, dedicated the stamp and shared the tale of how the rat became the first animal featured in the Lunar New Year rotation.

“A popular legend tells of the animals swimming across a river in a race to determine who would go first, with the rat crossing by riding on the back of the ox to jump ahead at the last minute to win that race,” Grossman said. “It is our sincere hope that the year of the rat brings everyone prosperity, peace, good luck, and much joy.”

This is the premier stamp in the Postal Service’s new series, which will feature all 12 animals associated with the 12-year cycle of the Chinese zodiac.

The stamp features a mask reminiscent of those used in the dragon dance, a staple in Lunar New Year parades. Art director Antonio Alcala designed the stamp with original artwork by Camille Chew.