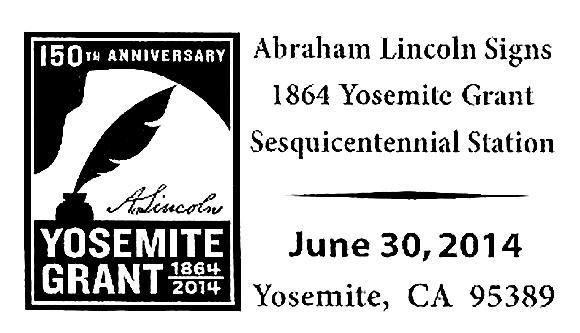 The Yosemite National Park post office offered a postmark on June 30 that includes Abraham Lincoln’s signature as part of the design, along with a quill and inkwell.

Yosemite became a national park in 1890.

Many events are taking place at the park this year to mark the occasion. Additional information can be viewed on the Yosemite National Park anniversary website, www.nps.gov/yose/anniversary.

To obtain this postmark, which has received a 90-day extension, send requests to the following address: