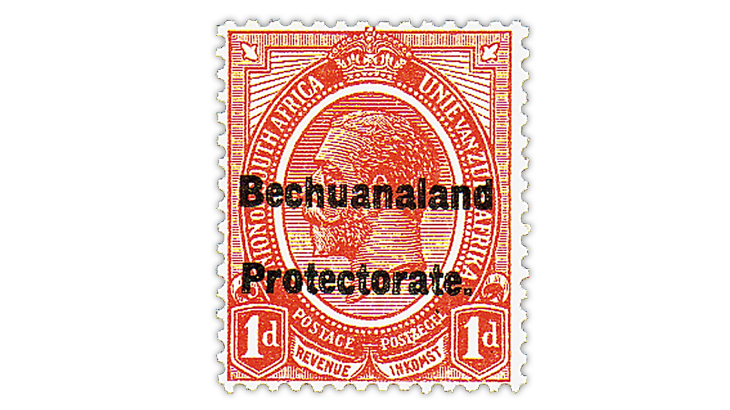 British Bechuanaland was a short-lived south African crown colony established on Sept. 30, 1885, and absorbed by Cape Colony on Nov. 16, 1895. Today it is part of South Africa.

Bechuanaland Protectorate is north of the Molopo River from British Bechuanaland. It became the Republic of Botswana on Sept. 30, 1966.

Look for the 1-penny rose King George V South African postal fiscal stamp overprinted “Bechuanaland Protectorate” in two lines (Scott AR3). Issued as a revenue stamp, it was authorized for postal use in 1922.

The Scott Classic Specialized catalog values the stamp at $50 in unused, hinged condition. This stamp is scarce and hard to find. It is of interest to British Empire, southern Africa and world classic stamp collectors.

The stamp is a great buy in the $35 to $45 price range in unused, lightly hinged condition.

One of the most beautiful U.S. stamp series