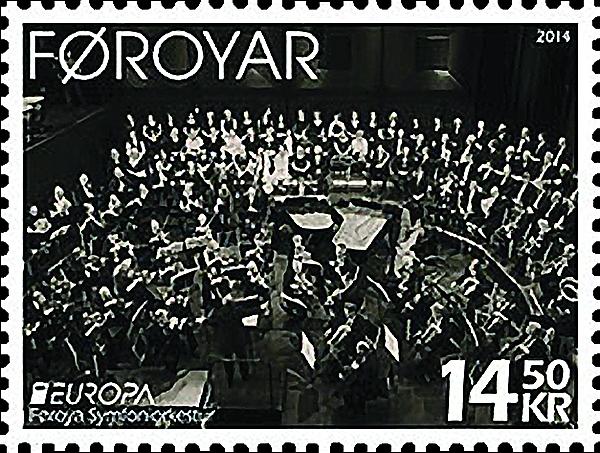 Figure 5. The Faroese Symphony Orchestra is pictured on this Europa stamp. 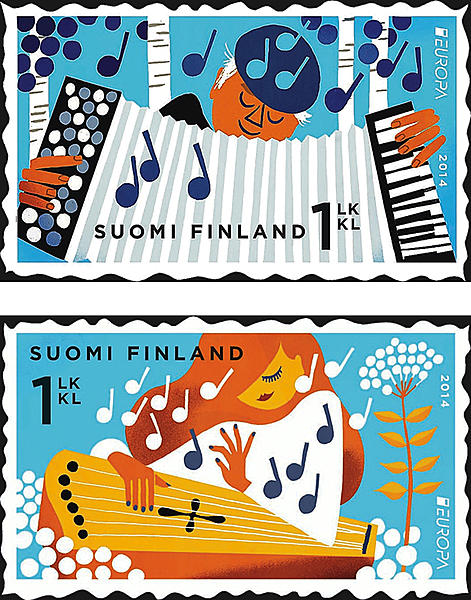 Figure 4. Finland’s Europa stamps show two folk instruments: the accordion and the kantele, a member of the zither family. The stamps can be scanned by a smart phone or tablet to access a video of a performance including these and other tradition 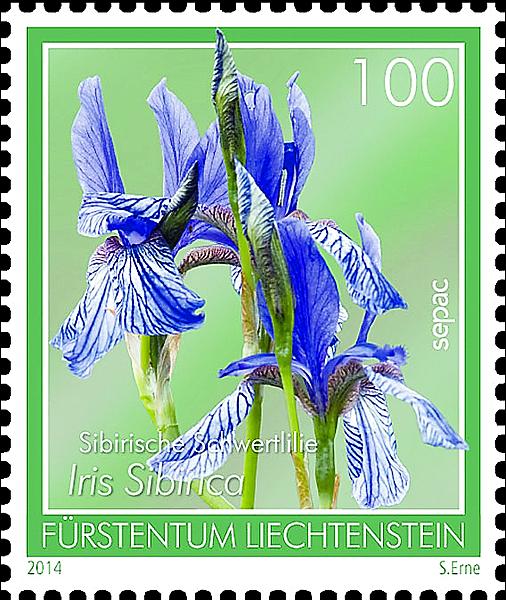 Figure 3. Liechtenstein’s 2014 Sepac stamp is part of a definitive series featuring flowers. The Siberian sword lily is pictured on the 1-franc stamp. 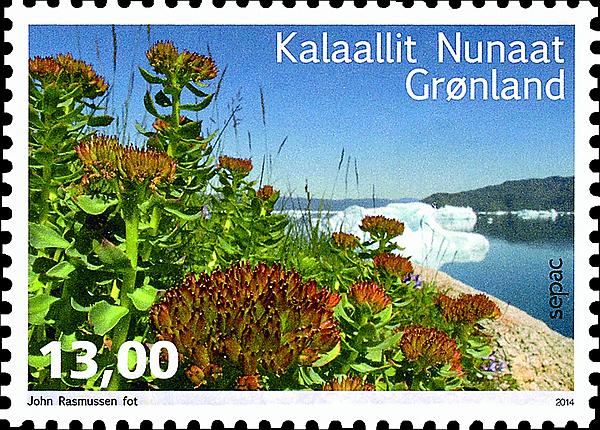 Figure 2. Greenland was the first country to issue a stamp reflecting the 2014 Sepac theme of flowers. This stamp, released Jan. 20, shows rhodiola growing on Tuttulooq Island. 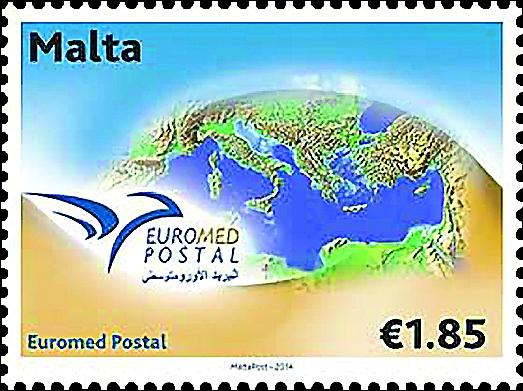 Figure 1. All of the stamps in a new multination series, Euromed, feature the same design highlighting the Mediterranean region. The stamp from Malta is shown.

Eight postal administrations have joined together to issue the first Euromed stamps.

A contest was organized in December 2012 to design a Euromed stamp, and the winning design created by Amany Ahmed Ali of Egypt Post is shown on all of the stamps.

This design features a globe with the Mediterranean sea and the surrounding countries highlighted. The Euromed logo also is included.

Jordan, Libya and Syria might be participating in this joint issue, but Linn’s has not yet received details of their stamps.

In addition to Euromed, Malta has participated in two other multination, or omnibus, issues this year: Sepac and Europa.

Countries of Sepac, the Small European Postal Administrations Cooperations, issue stamps based on a common theme. Prior to this year, these stamps were issued every other year: 2007, 2009, 2011 and 2013. The 2014 theme is flowers.

The yellow flowers of the wavyleaf mullein (Verbascum sinuatum) are pictured on Malta’s €0.59 Sepac stamp issued June 27. Malta released two other stamps featuring wildflowers at the same time; however, they do not include the Sepac logo. A field gladiolus (Gladiolus segetum) is shown on the €0.26 stamp and a conical orchid (Orchis conica) is depicted on the €1.16.

Three postal administrations released their Sepac stamps in May: Aland and Iceland on May 8 and Guernsey on May 28.

The design of Aland’s nondenominated European-rate stamp is based on a photograph of a nettle-leaved bellflower (Campanula trachelium) by Andy Horner.

Horner, a nature photographer, said he had been hunting for weeks for the perfect bellflower to photograph.

His wife spotted one in a ditch, and Horner returned to the same site for several days to photograph the flower in different types of light.

Guernsey’s stamp also is nondenominated, paying the domestic rate up to 20 grams. The stamp is part of a set of six commemorating the 50th anniversary of the Royal Horticultural Society’s Britain in Bloom campaign.

Liechtenstein, Monaco and Jersey issued their Sepac stamps in June.

In honor of Princess Charlene of Monaco, who is from South Africa, Monaco’s stamp shows South Africa’s national flower, protea. The €0.83 stamp was issued June 14.

As reported in the New Stamps of the World column in the July 14 Linn’s, Jersey’s Sepac stamp was part of the Summer issue of June 30. The 69-penny stamp pictures flowers at Fisherman’s Chapel on St. Brelade’s Bay.

Gibraltar issued its Sepac stamp July 15, and the Isle of Man’s stamp was released the next day. The 54-penny stamp from Gibraltar features the national flower, Gibraltar candytuft (Iberis gibraltarica L.), while the Isle of Man’s 75p stamp pictures an illustration of winter flora by local artist Catherine James.

The same illustration appeared on a 75p stamp in a Manx souvenir sheet issued Jan. 6.

Luxembourg is scheduled to issue its Sepac stamp in September as part of a series featuring vegetables of yesterday.

San Marino and Vatican City also belong to Sepac, but do not participate in the stamp series.

Malta is among the more than 50 postal administrations that have issued stamps highlighting the 2014 Europa theme of musical instruments.

Like many of the other postal administrations, Malta issued its two Europa stamps May 9, Europe Day. The stamps, €0.59 and €2.19, portray a bagpiper and drummers, respectively, from a 19th-century oil painting by Girolamo Gianni.

Alphabetically, the Europa issues range from Aland to Vatican City and show a variety of instruments from accordions on stamps of Bosnia-Herzegovina, Finland and Spanish Andorra, to the zither and zurna on stamps of Austria and Azerbaijan, respectively.

The zurna is a double-reed woodwind instrument similar to an oboe.

Finland’s two Europa stamps are pictured in Figure 4. A man playing an accordion is shown on the stamp at top. On the bottom stamp, a woman is playing a kantele, a plucked string instrument of the zither family.

To hear the two instruments being played, the stamps can be scanned with a smart phone or tablet with the free CEE app, to link to a YouTube video by Finnish folk musicians from the University of the Arts Helsinki Sibelius Academy.

The video was made through the cooperation of Finland’s postal administration, Itella, and the academy. The video also can be accessed online at www.youtube.com/watch?v=mdybfeVGo4g.

Itella issued the two nondenominated first-class self-adhesive Europa stamps May 5. Sanna Mander designed them, and Joh. Enschede of the Netherlands printed them by offset.

Guernsey Post also offers a musical demonstration of the chifournie, or hurdy-gurdy, which is pictured on its 63-penny Europa stamp issued May 8.

The video can be accessed by scanning the stamp with a smart phone or tablet, or directly at www.youtube.com/watch?v=Wq-MUNw5i9Q.

A few Europa stamps feature multiple instruments. For example, the stamp from Faroe Islands shown in Figure 5, reproduces a photograph of the Faroese Symphony Orchestra.