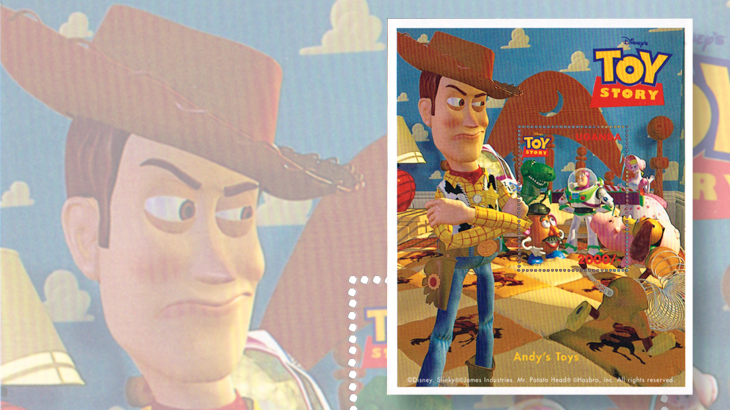 Uganda issued the first stamps using Disney/Pixar film figures: a 1997 sheet based on Toy Story, showing the playthings of Andy, the main character. 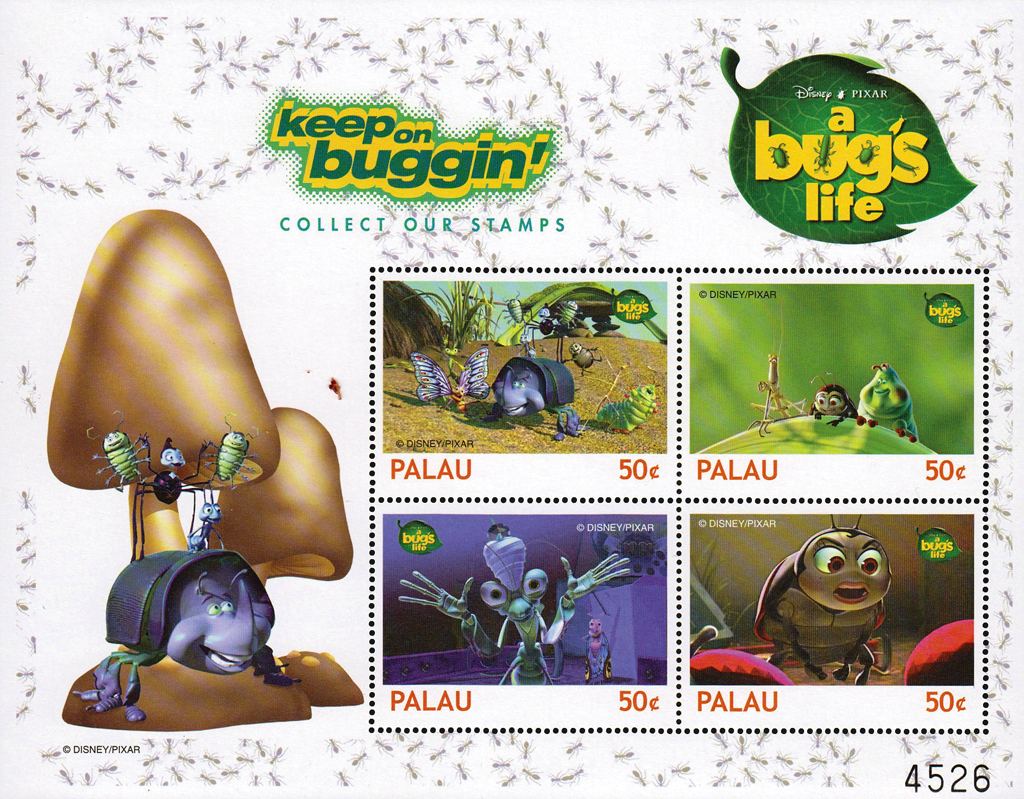 Palau used characters and scenes from A Bug’s Life, a 1998 Disney/Pixar film, on various stamps and souvenir sheets issued that same year. 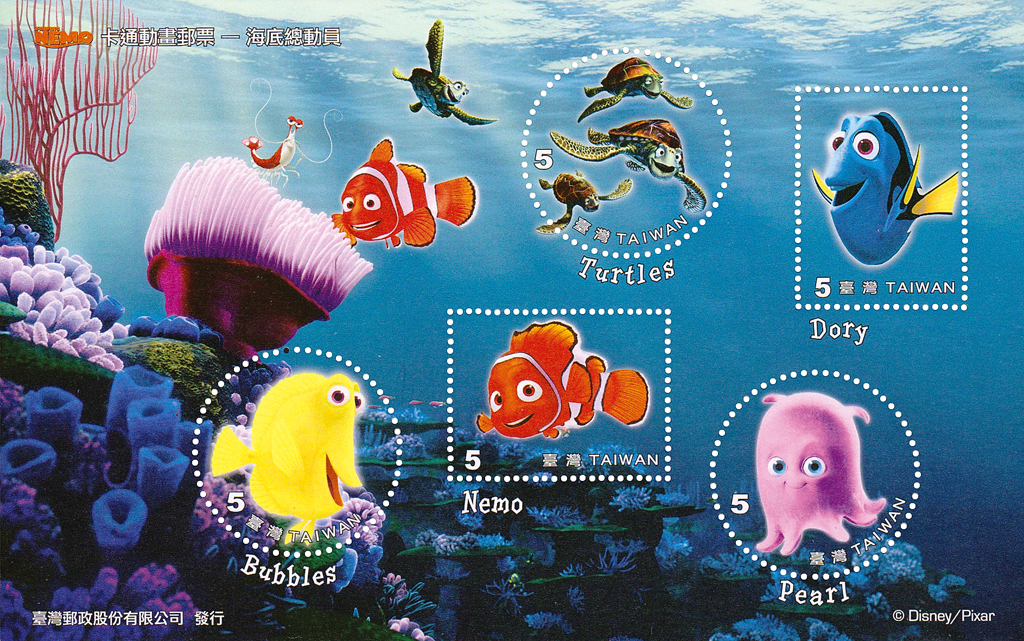 The 2003 movie Finding Nemo won an Academy Award for best animated film. The Republic of China featured Finding Nemo characters on two 2008 souvenir sheets, each with five stamps in various shapes.
Previous
Next

The company that would become known as Pixar Animation Studios had its origins in 1979, in the special-effects computer section called the Graphics Group of George Lucas’ company, Industrial Light and Magic. This group was primarily concerned with special effects for the Star Wars movies.

The first Pixar-produced film to be distributed by Disney was called Toy Story. It was released in November 1995, and the story of toys coming to life was an immediate sensation, grossing more than $200 million in North America alone.

The Disney Company immediately began negotiations to expand their contract with Pixar, and in 1997 an agreement was reached to jointly produce five animated features.

The Scott 1483 sheet is shown here: toys belonging to Andy, the little boy who is the main character, including his favorite, Woody the cowboy doll.

Controversy accompanied the release of A Bug’s Life in 1998. Jeffrey Katzenberg, chairman of the Walt Disney Studios since 1984, left Disney in 1994 due to problems with CEO Michael Eisner.

Word leaked out that Katzenberg was working on a film called Antz, and Eisner and Jobs accused DreamWorks of stealing the idea from Disney/Pixar. Katzenberg denied this, but the race was on regarding when the competing films would be released. DreamWorks got Antz out on Oct. 2, 1998; A Bug’s Life was released on Nov. 25, 1998.

Toy Story 2 was released in November 1999, breaking opening weekend box-office records around the globe and becoming the first movie sequel to out-gross its original. Toy Story 2 also is the first film to be created, mastered and exhibited digitally in its entirety.

By 2001, when Monsters, Inc. was released, Pixar’s employee numbers had swollen to 600. Ed Catmull was now president, with John Lasseter executive vice president. Monsters, Inc. became the third-highest-grossing animated film at the time.

Finding Nemo, a computer-animated comedy-drama about an overprotective clownfish and his son, Nemo, was released in 2003 and won an Oscar for best animated film. Finding Nemo appears on two 2008 souvenir sheets (Scott 3803a-e and 3804a-e) issued by the Republic of China, each with five stamps in various shapes depicting characters from the film.