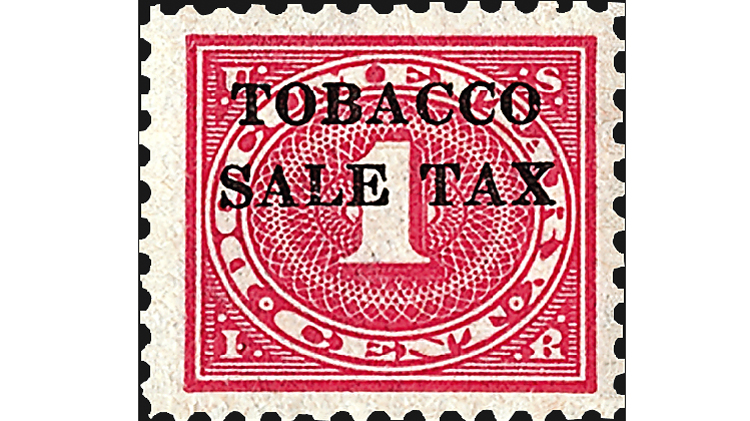 The United States 1934 Numeral tobacco sales tax stamp set (Scott RJ1-RJ11) is a good buy in the grade of fine and in unused original gum condition at the 2015 Scott Specialized Catalogue of United States Stamps and Covers value of $205.80. 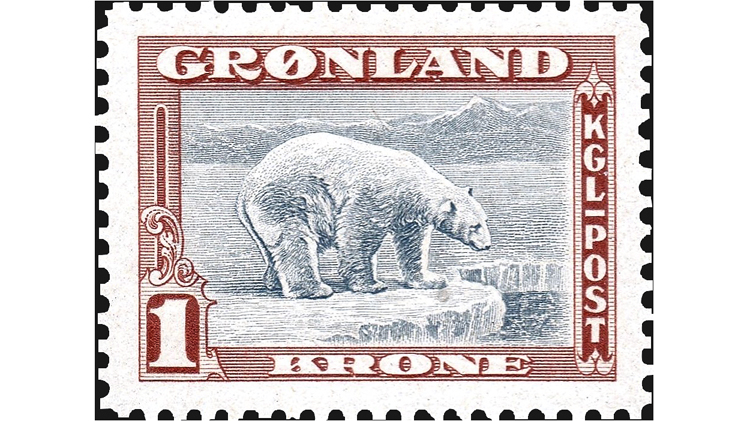 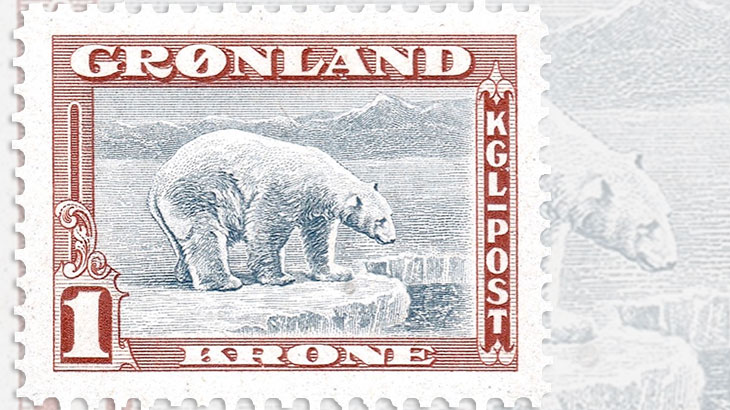 Greenland — Greenland lies in the North Atlantic between Europe and North America.

Once a Danish colony, Greenland became an autonomous country within the Kingdom of Denmark in 1953.

Greenland has a population of less than 60,000. About 90 percent of the population is of Inuit descent, while the remaining 10 percent are of European ancestry. Although Denmark is a member of the European Union, Greenland withdrew from it in 1985.

Greenland issued its first stamps in 1938, and it maintains a conservative stamp-issuing policy with about 700 stamps issued to date.

Many of its stamps are attractively designed and feature popular topical themes.

Greenland is home to the polar bear, the world’s largest land carnivore, and polar bears have appeared on many of its stamps. One of the most beautiful polar bear stamps ever issued is the 1-krone stamp (Scott 16) issued Feb. 1, 1945.

This stamp is popular with topical collectors, as well as with collectors of Denmark and Greenland.

This is not a difficult stamp to find in unused hinged condition, and it generally sells in the $15 to $20 range. But look for it in mint never-hinged condition — it is a good buy at $25 to $30.

United States — When Franklin Delano Roosevelt was sworn in as president on March 4, 1933, the country was in the throes of the Great Depression. In his first hundred days in office, Roosevelt proposed a broad raft of legislation aimed at alleviating the suffering of the populace and trying to end the economic collapse.

Much of this initial program was later overturned by the courts as being unconstitutional. One piece of this legislation was the Agricultural Adjustment Act, a provision of which imposed a tax on tobacco at the rate of 25 percent of the price for which tobacco in excess of the production quotas placed by the Secretary of Agriculture was sold.

Eleven overprinted Numeral revenue stamps denominated from 1¢ to $20 (Scott RJ1-RJ11) were issued to show payment of the tax.

The act was declared unconstitutional by the Supreme Court on Dec. 1, 1935, thereby ending collection of the tax.

The issue is notorious for being poorly centered, and stamps in the grade of fine are about the best you can hope for, unless you are willing to pay a premium.

The “T” in the “Tobacco” overprint exists in varieties with the right serif split and normal.  Both varieties are found in the same sheets, and there are about equal numbers of both, so neither variety brings a premium.

The 10¢ stamp exists with the overprint inverted (Scott RJ4a). The error is more common unused than used, so it is valued at $15 in unused original gum condition and at $22.50 in used condition.