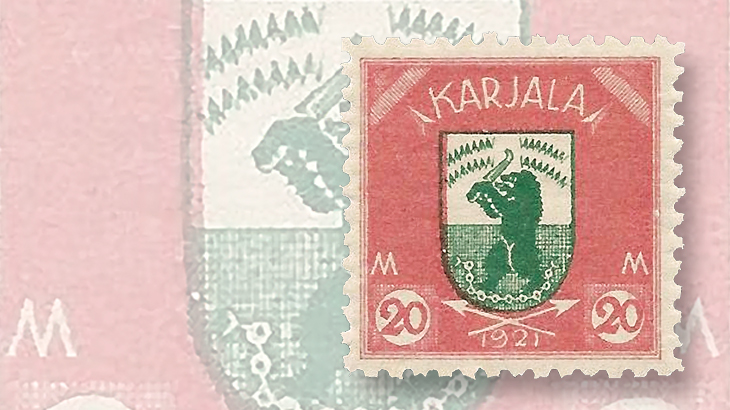 Stamps issued for Karelia in 1922 are among those associated with Finland. 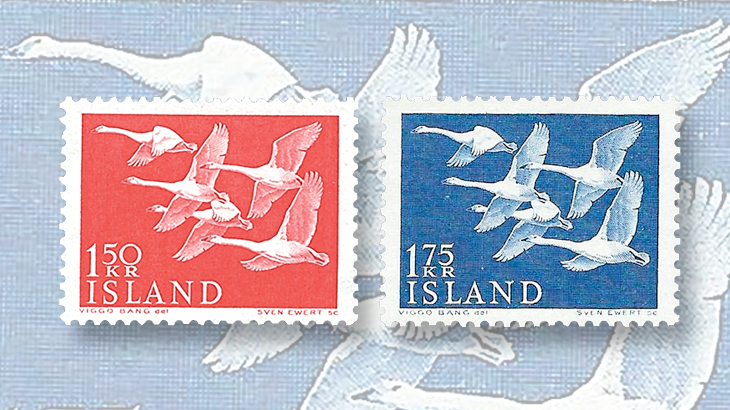 The five swans in flight on these 1956 stamps from Iceland represent cooperation between the five nations of the Nordic region. 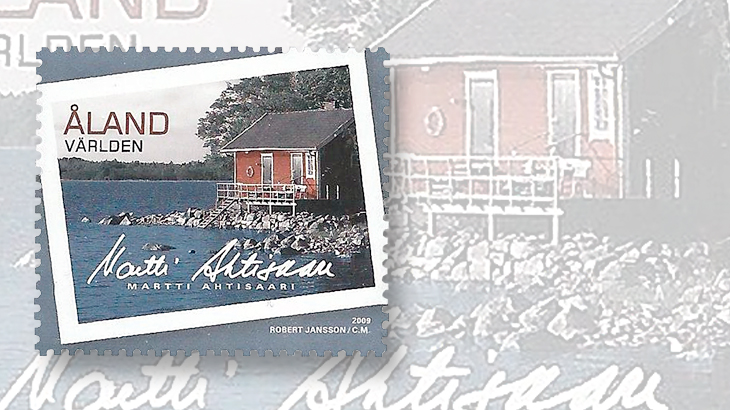 Aland’s 2009 Varlden stamp for worldwide letter mail was designed by the former president of Finland. 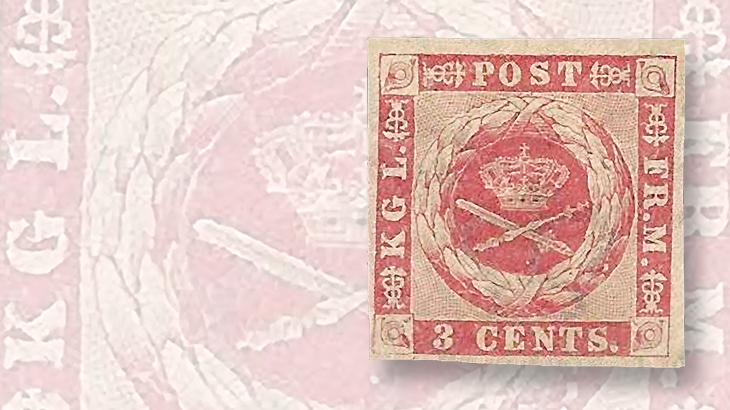 The first stamp of the Danish West Indies from 1855-56 strongly resembles some of Denmark’s first stamps from 1851.
Previous
Next

This new regular column on Nordic philately will cover the stamps and postal history of the entire Nordic area: Denmark, Finland, Iceland, Norway and Sweden.

Sometimes this area is labeled Scandinavia, but this is not entirely correct. Scandinavia comprises Denmark, Norway and Sweden. The Scandinavian Airlines System (SAS) is still partly owned by the three Scandinavian states.

Rather interestingly, the three Scandinavian nations are constitutional monarchies, while Finland and Iceland are republics.

The five Nordic states have a long and common history dating back to Viking times, but it has not been devoid of conflicts. However, for the past 100 years the five countries have worked together peacefully. Neutral Sweden was able to provide a haven for refugees from Denmark, Finland and Norway during World War II.

The example from the 1956 issue pictured here is Iceland’s 1.75-krona ultramarine stamp (Scott 299).

Denmark is the only Nordic country to issue stamps for colonial territories. The Danish West Indies (today’s U.S. Virgin Islands) had been a Danish colony since 1666, and issued its first stamp in 1855. The design of the 3¢ dark carmine Coat of Arms stamp (Scott 1-2) is very similar to some of the early Danish stamps, although with a denomination in cents.

The Danish West Indies is a most interesting area to collect, and it is listed among the other U.S. territories in the Scott Specialized Catalogue of United States Stamps and Covers despite being a Danish territory during its entire stamp-issuing period.

Other Danish stamp-issuing territories are the Faroe Islands, Greenland (with Thule) and Schleswig. Today both the Faroes and Greenland enjoy considerable self-independence and run independent postal administrations.

The stamps of Aunus, East Karelia, Karelia and North Ingermanland all belong to the Finnish area, and they were all issued during periods of war and revolution. The 20-markka rose and green Bear stamp pictured here is from Karelia’s 1922 issue (Scott 14).

The stamps of Aland are a special case. Aland is an archipelago located in the Baltic Sea between Finland and Sweden. Its population is entirely Swedish, though the province is a semi-independent or autonomous region of Finland with its own postal service, which has operated since 1984. Finland postage stamps are not valid on mail posted in Aland.

Finland (with Aland) is the only Nordic country using the euro currency. In 2002, the euro replaced the mark as Finland’s legal currency. All other Nordic nations still use the crown, known as “krona” or “krone,” which equals 100 ore (in Iceland, 100 aurar). However, the value of the krona varies from country to country.

Stamps bearing a service inscription instead of a printed denomination of value are also in use. Aland’s 2009 stamp designed by former Finnish president Martti Ahtisaari (Scott 293) is simply denominated with the word “Varlden” for posting letters worldwide. When issued, it sold for 90¢ in the euro currency.

Denmark, Finland and Sweden are all members of the European Union, while Iceland and Norway have decided to remain outside the union for the time being.

Stamp collecting has a long history in the Nordic nations. The first philatelic magazines were started in the early 1890s. Numerous stamp clubs exist in the Nordic countries, and they are generally united in national philatelic federations. My own local club in Halmstad, Sweden, will celebrate its 100th anniversary in 2016.

As in the United States and other Western countries, club memberships tend to decline as more of the hobby moves to the Internet.

There are a number of major stamp catalogs published annually in the Nordic area. Possibly the most important is the Swedish Facit catalog. It covers the entire Nordic area, and it is quite specialized. The news this year is that the 2016 edition will be split into two parts. Facit Special Classic 2016 covers the entire area until 1951, and Facit Norden 2016 will have a simplified listing until 1951, followed by specialized listings of modern issues.

In Denmark, the AFA catalogs cover Denmark, Scandinavia and Western Europe. There are also national catalogs in Finland, Iceland and Norway.