Among the many stamps celebrating queen’s 90th birthday, New Zealand’s stand out 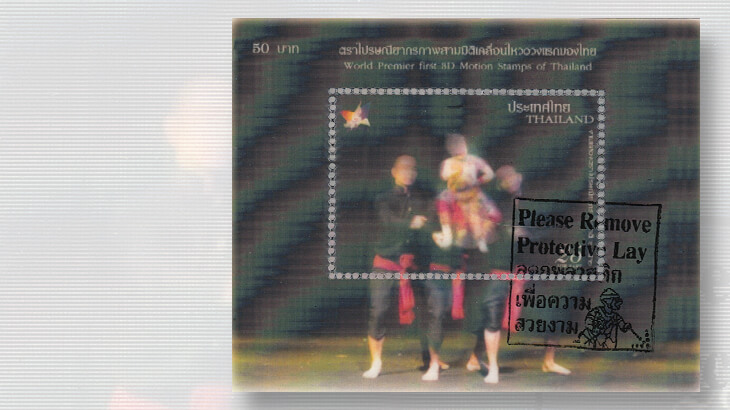 Puppetry of Thailand is featured on a 2009 issue using lenticular technology. A protective film covered the two stamps and the souvenir sheet, and wording on the film instructs the user to remove it. 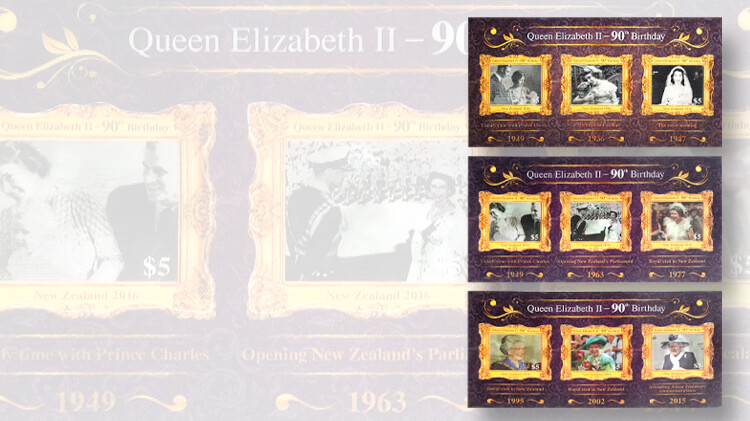 New Zealand Post used a lenticular printing technique for the souvenir sheet of three stamps issued April 21 to celebrate the 90th birthday of Queen Elizabeth II. Each stamp contains three different images from the life of the queen. The stamp designs app 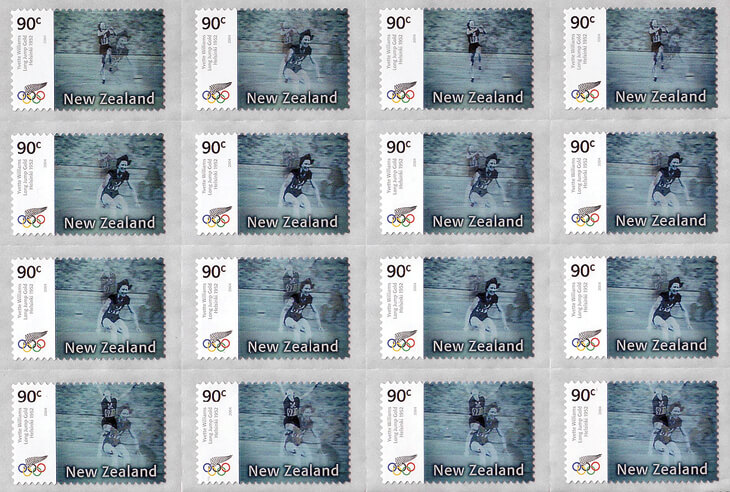 Each stamp in the sheets of 16 of New Zealand’s 2004 Summer Olympics issue looks different, although the designs of these lenticular stamps showing athlete Yvette Williams are all the same. 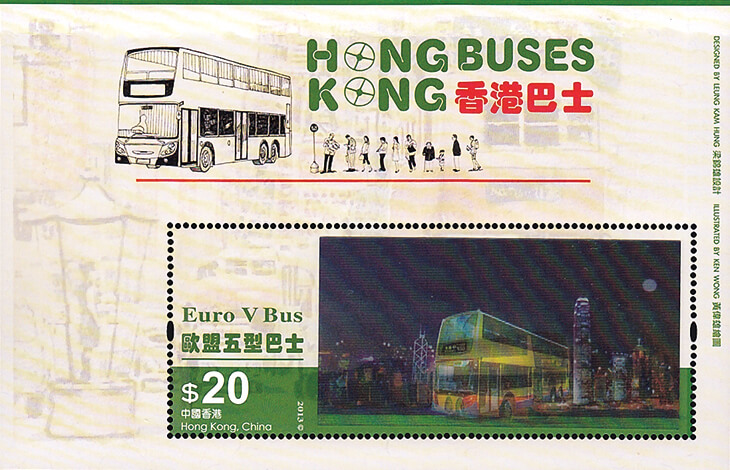 Hong Kong issued a souvenir sheet with a lenticular stamp as part of its Buses set of 2013.
Previous
Next

As you tilt the souvenir sheet, the special printing process and lens overlay create a continuous movement from one image to the next.

The captions and dates beneath the stamps also change together with the images.

For example, on the first stamp on the left, the three captions read: “The birth of a princess” followed by the year 1926; “Family time with Princes Charles,” 1949; and “Royal visit to New Zealand,” 1995.

The intent of New Zealand Post was to showcase sequential frames that capture important moments in the queen’s life.

All nine images (three for each stamp) and a product description can be found on New Zealand Post’s website.

In addition to the lenticular souvenir sheet, New Zealand Post produced a first-day cover with the three stamps canceled, and a presentation pack that includes both the souvenir sheet and FDC, along with illustrated descriptions of the stamps.

The front cover of the presentation pack is cleverly designed to show the moving-image stamps from the enclosed souvenir sheet.

Due to the lenticular feature, the souvenir sheet is thicker than traditional stamps and souvenir sheets that were printed on regular paper.

Nevertheless, the postmarks on the FDC were applied legibly, probably digitally because hand canceling would not capture the inks on lenticular surfaces.

New Zealand Post called them “action replay” stamps, adding that they “capture the action of these dramatic moments. With the twist of a wrist these split seconds of extraordinary human endeavour can be replayed.”

These stamps are self-adhesive like most lenticular stamps, but were sold on backing paper much larger than the stamps themselves. The stamps were issued in strips of four containing all four stamps, as well as in separate sheets of 16 for each stamp.

When viewing a sheet of 16 stamps close up and tilted, the images vary from stamp to stamp depending on the angle. As an analogy, this sheet of stamps resembles a modern glass building facade, with each stamp appearing slightly different under natural and ambient lights.

This stamp is different from the traditional image-changing lenticular motion, but the trophy appears three-dimensional. The inscription at the top of the souvenir sheet reads, “Webb Ellis Cup/New Zealand’s First 3D Stamp.”

This stamp also is unusual in that the thick edges are perforated.

While most lenticular stamps have been issued in the past decade or so, lenticular and 3D stamps date back to the 1970s, issued by Bhutan and the emirates that are now part of the United Arab Emirates.

Many of these earlier issues were aimed at the philatelic market and had little postal use and historic significance. Because of this, I am selective in what lenticular stamps I include in my collection.

Among those that I cherish in my collection are lenticular stamps issued by Austria, Australia, Canada, Finland, France, Great Britain, Hong Kong, Ireland, the Netherlands, and Thailand.

These stamps depict topics that are relevant to the issuing countries.

The stamps from Hong Kong, like most such stamps, are in a souvenir sheet format. The sheets themselves are printed on regular gummed paper with the rectangular lenticular image affixed to it.

In the case of Hong Kong, the Scott Standard Postage Stamp Catalogue describes the three souvenir sheets as “litho[graphy]. with three-dimensional plastic affixed.”

Another common format is a souvenir sheet made entirely of one lenticular image, with the stamp either perforated or die-cut on the edge of the lenticular border.

These souvenir sheets are backed by a self-adhesive paper and ready for postal use. Such sheets often feature sports or sci-fi topics.

For example, Canada Post issued a souvenir sheet with two lenticular stamps May 5, part of a set marking the 50th anniversary of Star Trek.

In my opinion, the sci-fi topics are very much aligned with the special lenticular technology, because it reminds me of the cathode ray tube (CRT) television screens before the modern-day flat screens.

Only a few of my lenticular stamps are single stamps made entirely of a lenticular image. Though miniature in scale, the moving images are effective.

In my collection, a set of two lenticular stamps from Thailand portraying traditional puppetry (Scott 2437-2438) includes corner selvage with an unusual feature.

In addition to the stamps being produced with lenticular technology, the decorative images in the selvage are as well.

This set also includes a lenticular souvenir sheet with a single stamp (Scott 2439).

These Thailand stamps and souvenir sheet were sold with a protective film to prevent scratches. This peelable film has wording stating, “please remove protective lay” in English and Thai languages.

In a family of 3D stamps, lenticular stamps offer viewers more depth of graphic information than traditional stamps. Some of these stamps are interesting in terms of design and intent, but some lack attention to details.

Because lenticular stamps are becoming more popular and more frequently issued in the 21st century, I am curious to see what other types of design will be forthcoming.