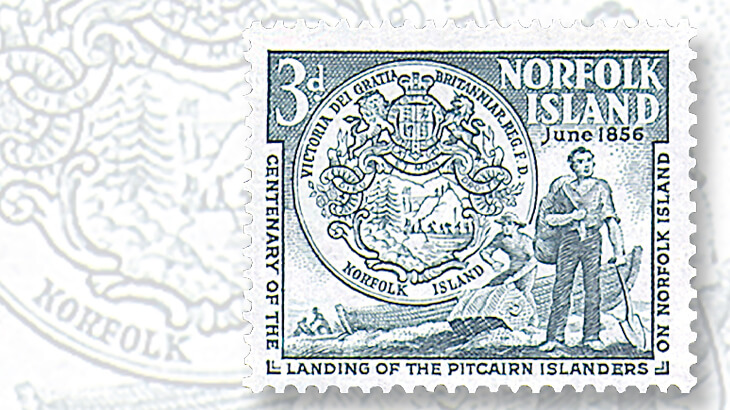 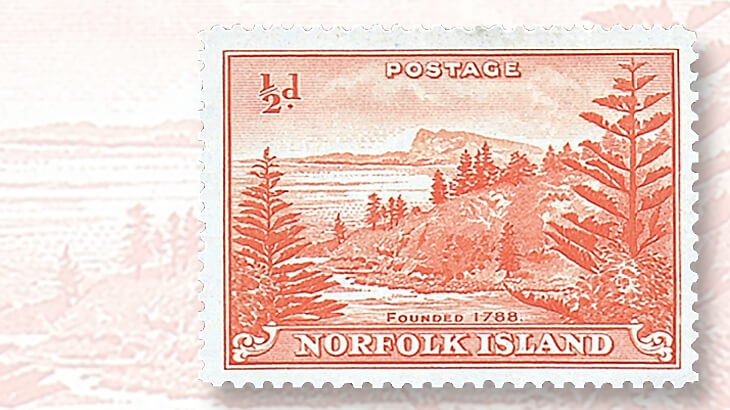 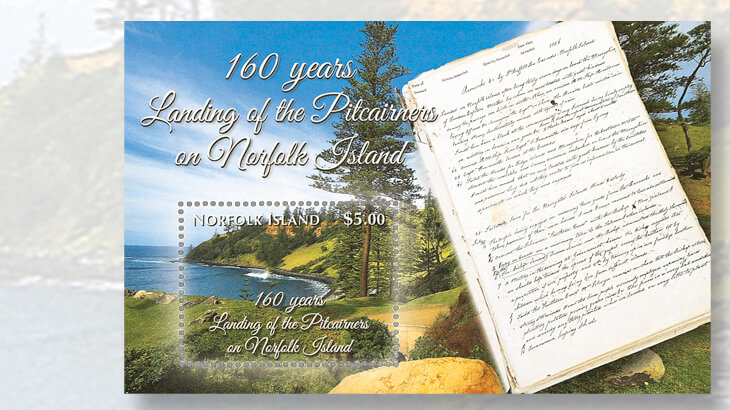 The last stamp from Norfolk Island, this $5 stamp in a souvenir sheet was issued June 7 to commemorate the 160th anniversary of the landing of the Pitcairners on Norfolk Island on June 8, 1856. As of July 1, stamps from Australia are valid on Norfolk Island.
Previous
Next