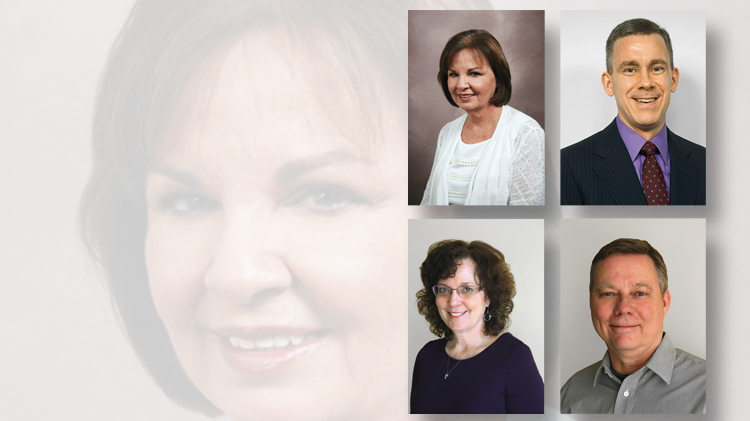 A small but dedicated staff of editors is responsible for writing and editing timely news stories, features, and columns that are published each week in the pages of Linn’s.

As the editor of this stamp publication, I realize that our readers likely know very little about the writers who present the most up-to-date stamp news week after week.

The Linn’s staff consists of four editors. Two of the editors, managing editor Charles Snee and myself, wear two editorial hats: one for Linn’s and one for the Scott catalogs. Linn’s associate editor Michael Baadke and senior editor Denise McCarty devote their full-time efforts to Linn’s.

Together we have almost a combined 120 years of experience writing for the leading publication in the stamp hobby. We are dedicated stamp collectors, each with our own interests and specialties.

As editorial director of Amos Media’s stamp brand, I oversee both Linn’s and the Scott postage stamp catalogs and serve as lead editor for the Scott Classic Specialized Catalogue of Stamps and Covers 1840-1940.

Snee shares my love for the stamps of Ireland. He also collects Scandinavia, as well as United States postal history. He oversees Linn’s social media sites online and works closely with James E. Kloetzel, editor emeritus of the Scott Specialized Catalogue of United States Stamps and Covers, to lead this colossal project from the Sidney, Ohio, office. He is well-known for his popular Dollar-Sign Stamps column.

The bylines of Baadke and McCarty appear throughout Linn’s each week.

Baadke is the lead reporter on a broad scope of news stories, including those involving the United States Postal Service, the American Philatelic Society, and the auction scene.

He is a lifelong stamp collector, specializing in Denmark, Germany, and the United States. He also maintains a topical collection of beer and brewing.

McCarty is best known for her coverage of the worldwide new-issue scene and the world of topical stamp collecting.

McCarty’s collecting interests include the postal history of her hometown of Brookville, Ohio, and stamps related to her hobbies of nature photography, hiking, and visiting national parks.

In additon to her writings, she oversees the page production of Linn’s.

The editors bring the very best in stamp-news coverage to Linn’s readers each week. The weeks can be challenging, but we are proud to serve the hobby as philatelic journalists.