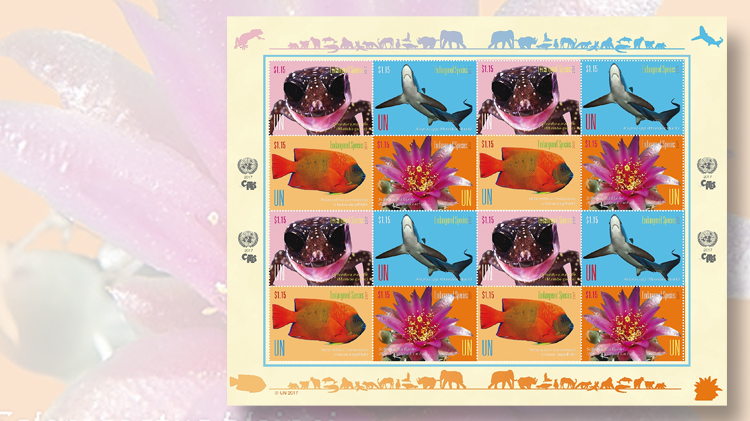 The United Nations Postal Administration will issue three panes of 16 Endangered Species stamps May 11, each with four different se-tenant (side-by-side) designs. The $1.15 stamps in the pane for use from the post office at U.N. headquarters in New York City depict the Masobe gecko, thresher shark, clarion angelfish, and Blaine’s fishbook cactus. A line of animals is shown in silhouette at the top and bottom of the pane’s selvage, and the four species featured on the stamps are pictured in the corners. 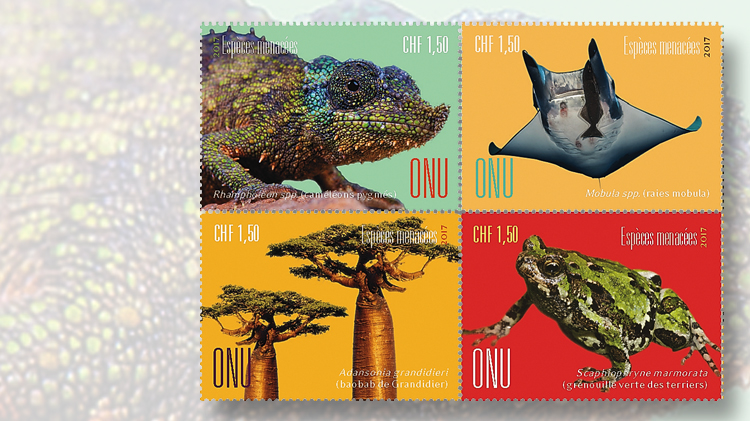