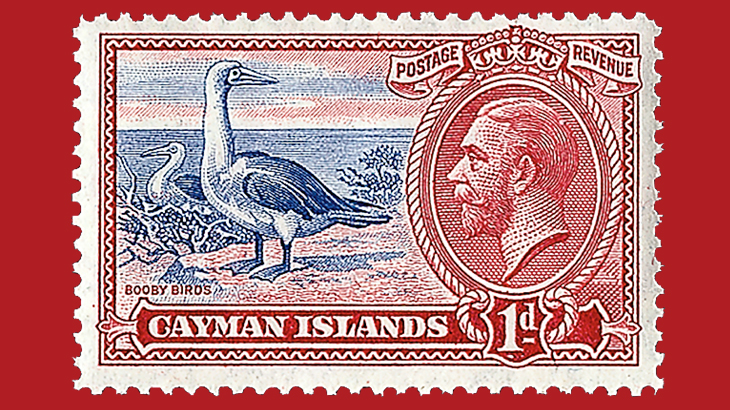 The Cayman Islands is a group of three islands in the western Caribbean Sea, south of Cuba and northwest of Jamaica.

The islands were uninhabited until the arrival of settlers and slaves from the Old World in the 17th century.

The islands were governed as a dependency of Jamaica until Jamaican independence in 1962.

Today, the Cayman Islands is an autonomous British Overseas Territory, noted as a tax haven and international banking center.

The first stamps of the Cayman Islands were Queen Victoria definitives issued in 1900. In 1935-36, a set of 12 pictorial King George V stamps with local scenes and fauna and inset cameos of the king was issued (Scott 85-96).

Among the subjects featured are a map of the islands, a catboat, red-footed boobies, conches and coconut palms, and hawksbill turtles. The 2018 Scott Standard Postage Stamp Catalogue values the set at $250.10 in unused hinged condition.

There is steady demand for classic, colorful long British colonial sets such as this one. Additionally, most of the stamps in the set are of interest to collectors of various topics. The set is a good buy in unused hinged condition in the $150-to-$200 price range.