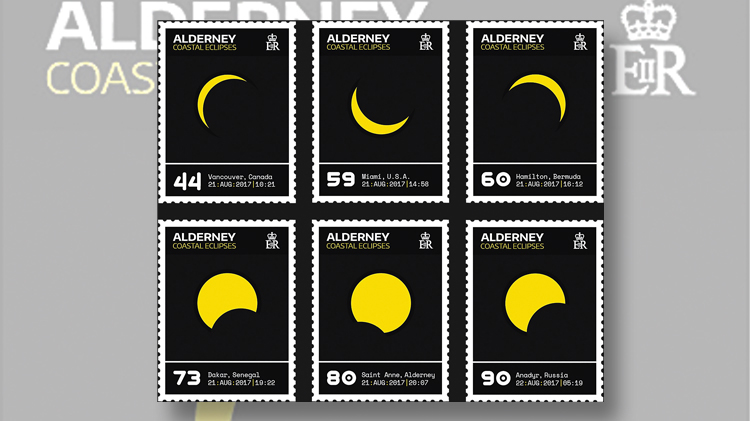 Guernsey Post issued six stamps for Alderney to celebrate the Aug. 21 solar eclipse. The images change when the stamps are warmed by human touch. The designs show how the eclipse will occur over six coastal locations around the world, including the United States, Canada, Bermuda, Senegal and Russia. 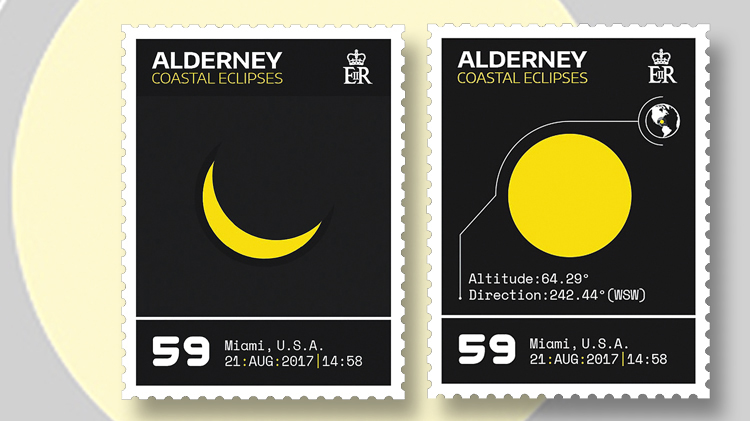