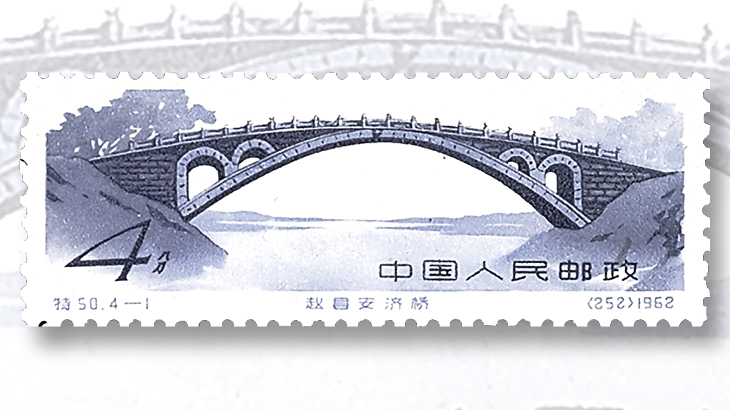 The dog days of summer have arrived in Sidney, Ohio, world capital of stamp publishing, and the Linn’s editorial crew is hard at work, bringing you the best philatelic reporting and scholarly insights. The Aug. 7 issue of Linn’s Stamp News, on press right now, goes in the mail to subscribers Monday, July 24. If you’re a digital subscriber, you get early access Saturday, July 22. Check out this trio of teasers to tide you over until your copy arrives.

Barry Gartell taps into geometry and physical geography in the second part of his alluring exploration of China stamps depicting bridges. “What I found fascinated me,” he explains, “and I hope I am successful in sharing with you some of what I have learned.”

No, we’re not talking about a canary in a coal mine

Global stamp traveler Janet Klug, in Stamp Collecting Basics, takes us on a tour of airmail stamps from the Canary Islands, a Spanish archipelago tucked just off the northwest coast of Africa.

In Stamp Market Tips, Henry Gitner and Rick Miller suggest adding a mint pane of 10 of the 2012 $1 Waves of Color stamp (Scott 4714) to your collection. According to Gitner and Miller, the stamp “is less common than most have been led to think.”