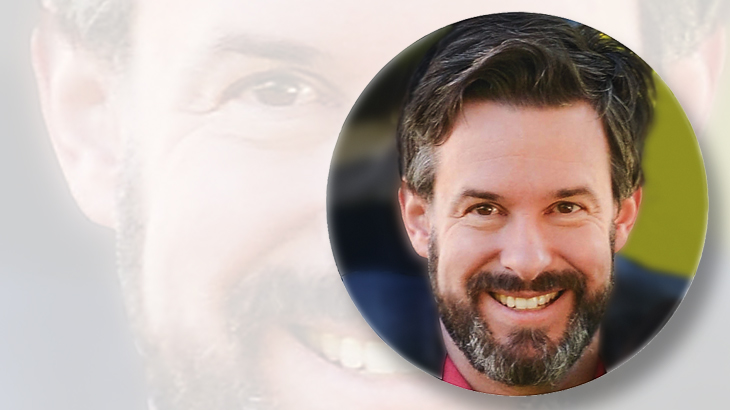 Rosenblum graciously agreed to write the column when columnist David Alderfer went on hiatus. Rosenblum is retiring as Linn’s Great Britain Philately columnist to concentrate on his Philately of France column, which appears bimonthly (in even-number months) in the Linn’s Stamp News monthly edition.

We are most fortunate to announce that Matthew Healey has taken on the challenge of penning the Great Britain Philately column.

Healey is well known to readers as Linn’s New York correspondent and for his coverage of the stamp auction scene, in particular his Auction Roundup columns in Linn’s monthly magazine.

Healey told me that he grew up collecting stamps of Italy and colonies, a tag-team effort between father and son, with father Barth collecting prewar issues and son Matthew collecting postwar.

Barth Healey (1939-2008)was the last stamp columnist for The New York Times. Matthew writes occasional stories on philatelic subjects for the Times.

He said his mother began collecting stamps in the 1980s “ ‘defensively,’ she said, so that she could share some of the time and energy that my father and I were putting into our hobby.

“Besides her favorite topicals, dancers and ice skaters, she naturally gravitated towards the stamps of her native Great Britain, beginning with the Elizabethan commemoratives and gradually moving back to the King George VI issues of her childhood and eventually to Queen Victoria. For her, collecting Great Britain was mostly a matter of nostalgia.

“Later, when I was living in Europe, I became intrigued by the Victorian issues and began hunting for bargains at local auctions, exploiting what modest knowledge I had to scoop up underpriced ‘better’ stamps, which I would mail home to her. I remember the pride I felt on sending her a nice, lightly canceled King Edward VII £1 stamp (Scott 142) that I had snapped up at a bargain price at the Praga ‘98 exhibition.”

Healey explained how his love for the stamps of Great Britain developed:

“After returning to New York, I became more involved with organized philately and joined the Collectors Club and the Royal Philatelic Society London, as well as the Great Britain Philatelic Society and the U.S.-based Great Britain Collectors Club. The vast knowledge of philately that a collector can tap into through organizations like these, with their experienced members, libraries and periodicals is amazing, and I find myself learning new things literally every week.

“While I can’t begin to afford the true rarities among British stamps, there are so many fascinating and affordable aspects of G.B. philately that it has become my main collecting area. Even though it is one of the world’s most popular countries to collect, I do believe there are many under-appreciated aspects of Great Britain’s philately, as well as many misconceptions and some pitfalls.

“I can’t wait to begin sharing what I’ve learned with Linn’s readers.”

To begin sharing Healey’s enthusiasm for British stamps and postal history, read his first Great Britain Philately column. It can be found on page 26 of the July 10 print issue.