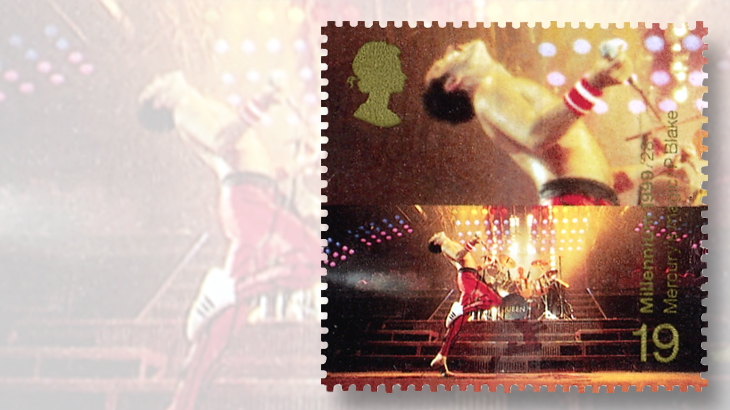 Freddie Mercury, the front man for the rock band Queen and transcendent cultural icon, would have celebrated his 71st birthday this week. Mercury was an avid stamp collector during his early years. This 1999 Great Britain stamp picturing Mercury was issued as a part of that country’s Millennium series.

Stamps have long been a way to express how a collector feels during a certain part of their life, or even a lens into their true character.

An article published Sept. 5 by the Smithsonian gives some insight into the childhood and essence of alternative rock pioneer Freddie Mercury.

Mercury, the front man and transcendent songwriter for the band Queen, would’ve celebrated his 71st birthday Sept. 5. He passed away in 1991 after complications from AIDS.

A few years after his death, much of his personal history remained shrouded in mystery.

Why, you ask? It no longer existed.

He and his family were Zoroastrians, and within that religion, the deceased have all their personal belongings burned.

The Postal Museum in London purchased his boyhood stamp collection in 1993, in a sale that yielded a sizable donation for the Mercury Phoenix Trust, a charity that was created in remembrance of Mercury.

“The album contains stamps from Great Britain, Monaco, Aden (now part of Yemen) and Zanzibar (part of Tanzania), where Mercury grew up, writes Simon Garfield in The Error World: An Affair With Stamps. He mostly collected them between the ages of nine and 12,” according to the Smithsonian article.

In 2016, the album generated buzz in the stamp world when it was included in a significant British exhibit, alongside fellow rock legend John Lennon’s childhood stamp collection.