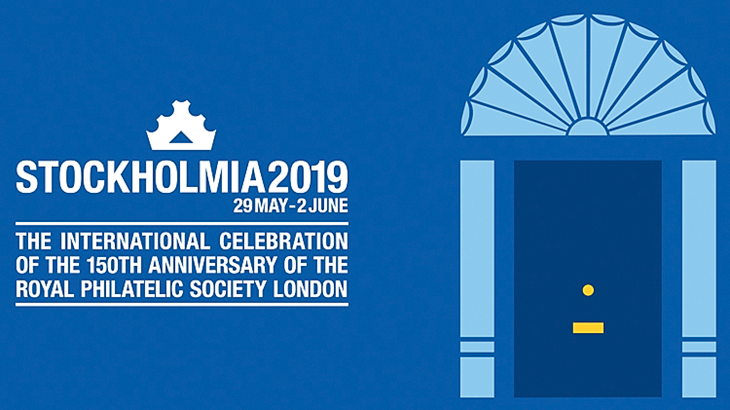 The Stockholmia 2019 international stamp show and philatelic exhibition will celebrate the 150th anniversary of the Royal Philatelic Society of London.

One of the big philatelic events of the decade, Stockholmia 2019, is on the horizon and if you want to attend, now is the time to start making plans.

The international show will celebrate the 150th anniversary of the Royal Philatelic Society London. It will be held May 29 through June 2, 2019, at the Waterfront Congress Center in Stockholm, Sweden.

Exhibits will be on display from members of the society, and a court of honor section will include highlights from the Royal Philatelic Collection of the British royal family, the unique 1855 Sweden 3-skilling banco yellow error of color, and much more.

The bourse (dealers’ sales area) will have 50 participants from 14 countries. The Global Philatelic Network is the philatelic partner to the exhibition and will conduct a rarities auction on June 1.

The philatelic literature section of the show, called the Stockholmia Library, will be coordinated by the International Association of Philatelic Journalists (Association Internationale des Journalistes Philatelique). Related presentations and displays will take place throughout the show.

Stockholm is a wonderful place to visit. Various interesting locations in the city will host banquets and dinners being held in conjunction with the show.

Additional information on Stockholmia 2019, including a complete list of the dealers, can be found online.