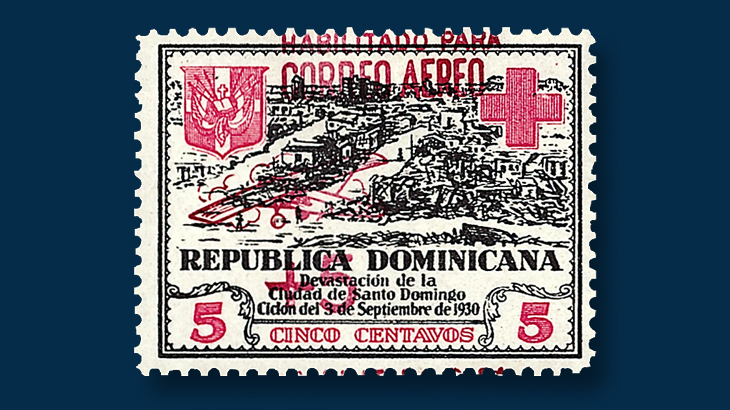 Latin America is considered to be the countries and dependencies in South America and the Caribbean Sea where Spanish, Portuguese or French is the primary language, although some stamp collectors define the area more narrowly as just the Spanish-speaking ones.

The market for stamps from most Latin American countries has been on the upswing. One of the more popular countries is the Dominican Republic.

The Dominican Republic occupies the eastern five-eights of the island of Hispaniola, with Haiti occupying the western remainder.

There is a sizeable Dominican community in the United States, the nation is a popular tourist venue with many Americans, and Dominican baseball players are a significant presence in Major League Baseball.

In September 1930, the Dominican Republic was devastated by a Category 4 hurricane that wrecked much of the country and left as many as 8,000 people dead, according to some estimates. It is considered to be one of the fifth deadliest Atlantic hurricane on record.

The 2018 Scott Standard Postage Stamp Catalogue values the set of seven postal tax airmail stamps at $79.50 in unused hinged condition and $87.50 in used condition. About 70 percent of the value is in the first two stamps, which were only on sale for one day.