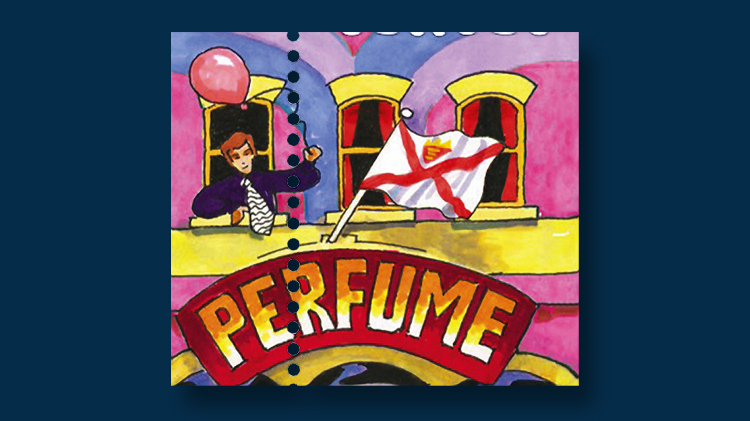 Close-up of one of the Jersey flags shown on the souvenir sheet stamp. 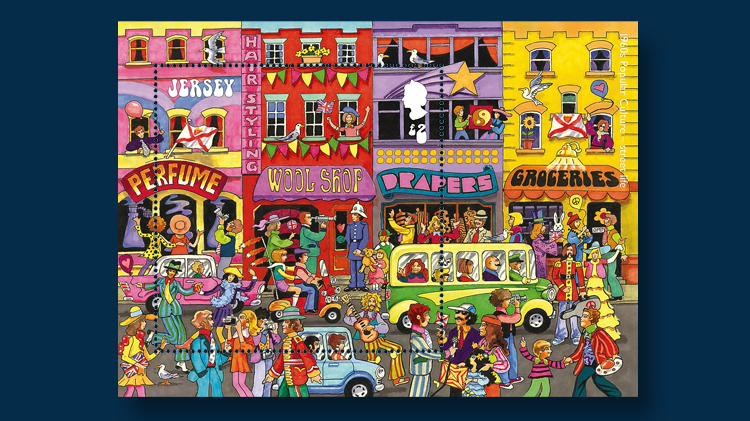 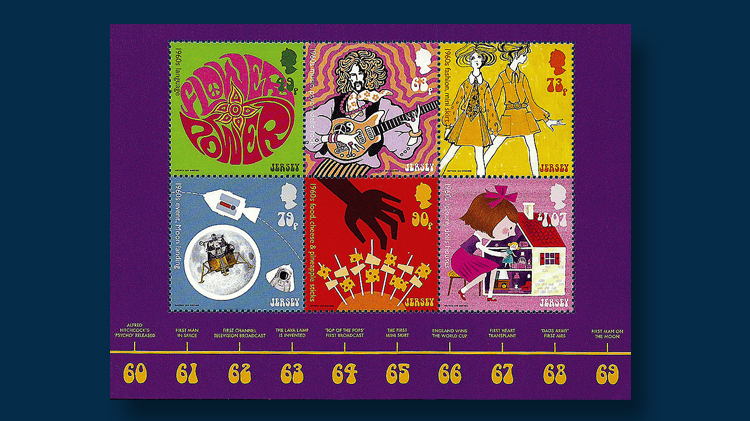 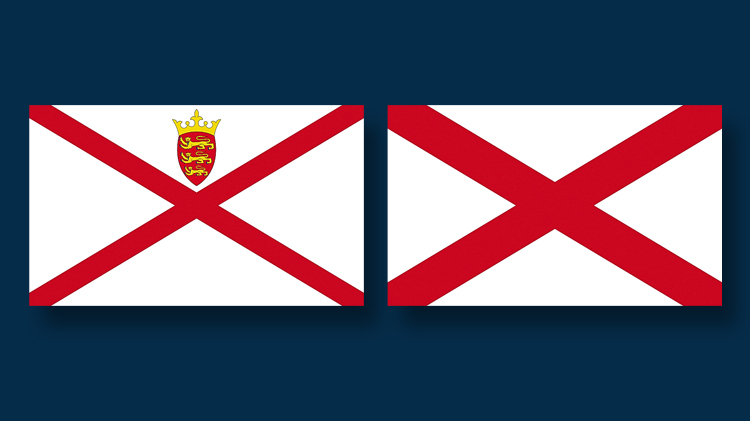 An illustration of Jersey’s first official flag, adopted in 1979 and officially hoisted in 1981, is shown on the left. The unofficial flag used before then is pictured on the right.
Previous
Next

The wrong flag is pictured on a recent souvenir sheet from Jersey.

The sheet contains a single £2 stamp showing a perfume shop, wool shop and drapers (a dealer in cloth). A Jersey flag is hanging from the second story of the perfume shop. The same flag can be seen in the selvage on the right side of the sheet above the grocery.

When I carefully examined these flags, I realized that they were wrong.

Shown on the left is the nearby illustration is Jersey’s current flag. It features a diagonal red cross, called a saltire, and the badge of Jersey on a white field. The badge shows the three leopards of Normandy on a red shield, topped by a Plantagenet crown.

The current flag is the first to be adopted officially. Unofficially, a plain red saltire had been used since at least the 1830s until April 6, 1981. It is pictured on the right.

Because this souvenir sheet was issued to recall pop culture of the 1960s, a flag not adopted until 1979 and not officially hoisted until 1981, should not be pictured.

I sent an email to Melanie Gouzinis, the head of philately for Jersey Post, telling her that the Jersey flags shown on the souvenir sheet were incorrect. Gouzinis replied, “You are as observant as always!”

She also explained that the illustrations for the souvenir sheet was not intended to be 100-percent factually correct and called it an artistic interpretation.

Malcolm English also designed the 63-penny Music stamp in the set. This stamp was pictured in the aforementioned article in the Jan. 22 Linn’s.

These six stamps were issued separately in sheets of 10 and in a single souvenir sheet with a time line at the bottom. The stamps are se-tenant (side-by-side) in this souvenir sheet.