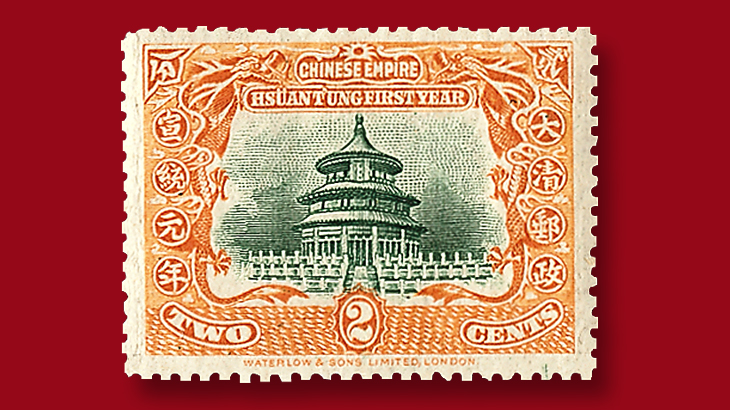 The China 1909 set of three Temple of Heaven, Peking stamps (Scott 131-133) is in demand in unused hinged condition and is selling for more than the 2019 Scott Standard Postage Stamp Catalogue value.

Due to the nature of government rules and controls on private wealth in the People’s Republic of China, the Chinese stamp market is an attractive vehicle for investment.

While interest in collecting Chinese stamps is genuinely high, the fluctuations of investor money make it the most active and volatile stamp market in the world.

The set was issued to commemorate the first year of the reign of the last emperor of China, Hsuan T’ung, who would later serve as Emperor Kang Teh in the Japanese puppet state of Manchukuo.

Conversely, used sets only sell for about 50 percent of Scott catalog value.