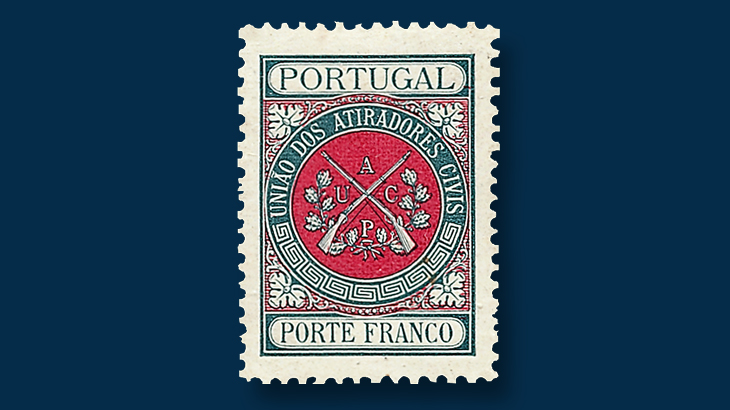 Franchise stamps are stamps that relieve authorized users of the burden of paying postage for their mail.

Franchise stamps differ from Official stamps and military stamps in that they are issued to nongovernmental organizations and sometimes to private citizens to allow them to mail their correspondence without paying postage.

Portugal was one of the more frequent issuers of franchise stamps. Portuguese franchise stamps were issued for the Red Cross Society, civilian rifle clubs, the Geographical Society of Lisbon, and the National Aid Society for Consumptives.

Portugal issued civilian rifle club franchise stamps (Scott 2S1-2S12) from 1899 to 1910. The stamps were nondenominated but were color coded by the year of issue, each being valid only for that year.

The 2018 Scott Standard Postage Stamp Catalogue values the set of 12 stamps at $37.45 in both unused hinged condition and used condition. The set is a good buy in either condition at around $25 to $30. Many remaindered unused stamps exist without gum. These sell at a steep discount from Scott catalog value.