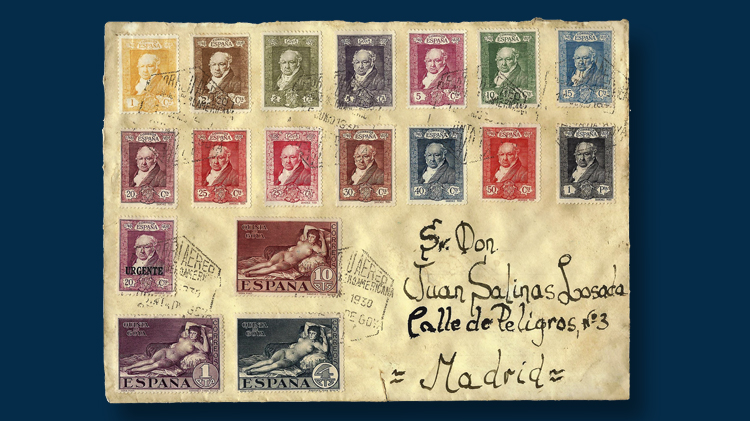 The May 21 issue of the monthly Linn’s Stamp News is en route. Readers will be delighted with the wide assortment of in-depth, scholarly features covering philatelic topics from all over the world. Here are three stories we can’t wait to share with you.

The 1930 Quinta de Goya stamps of Spain and their stories

Among the world’s most controversial postal issues, Spain’s 1930 Quinta de Goya set includes three stamps that picture the Naked Maja, as the painting has come to be known in English. Author Ken Lawrence explores this subject in depth in this issue of Linn's.

In this month's Philatelic Forward, editor Jay Bigalke shares a useful resource — a table listing Sergio Sismondo's Unveiling Classic Stamps columns published to date since the first one in Linn's Dec. 21, 2015 issue. The list also provides a look at the progression of postal reform that occurred in countries around the world.

Italian States: postal reform in the Duchy of Parma

The landlocked country of Parma followed the lead of fellow Austro-Italic Postal League members and issued its first postage stamps in 1852 featuring the fleur-de-lis and ducal crown. Sergio Sismondo dives into Parma's postal history in this issue's Unveiling Classic Stamps.