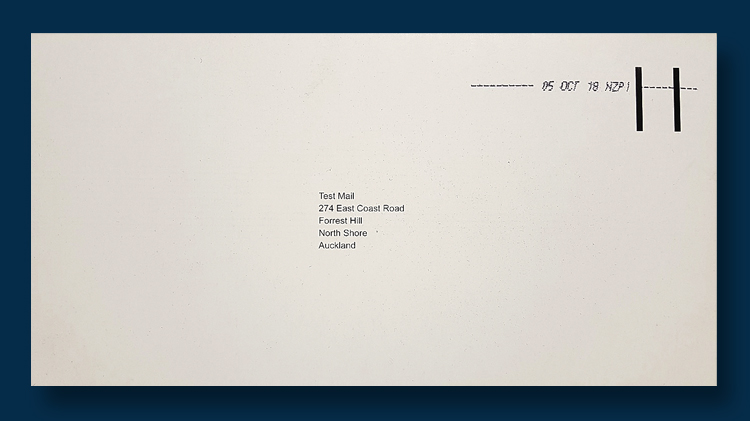 New Zealand Post recently revealed a new type of one-line cancel and provided the example shown here. The cancel was introduced after a trial of various cost-cutting measures that included not canceling mail. 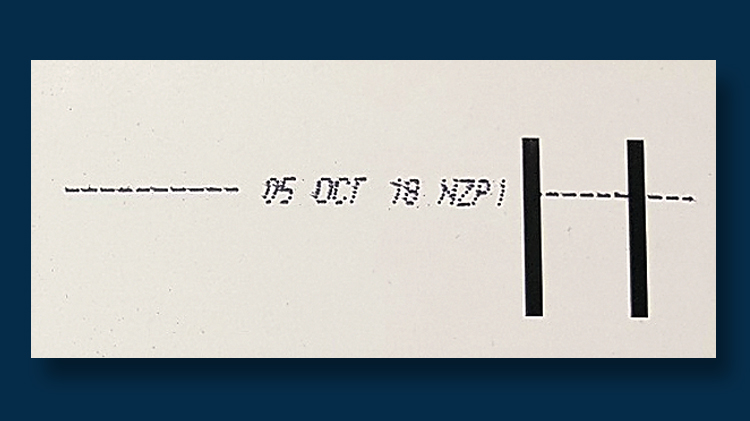 A close-up of New Zealand's one-line cancel.
Previous
Next

One result of the trial was the introduction of a new type of cancellation by New Zealand Post.

As reported in the Oct. 8 issue of Linn’s, New Zealand Post had stopped the cancellation of stamps on mail as part of a trial of “some new processes to reduce costs.”

New Zealand Post didn’t report when the trial began — it was presumed to date back to early August — but did say that the canceling of stamps and postal stationery resumed on Oct. 8.

According to a New Zealand Post spokesperson, “NZ Post is continually trialing new processes to reduce our operating costs, in the face of ongoing letter decline (63 million fewer letters in the last financial year). Recently, one of these trials involved stopping the cancelling of stamps and postage included envelopes.”

One concern expressed about the trial was the reuse of stamps that weren’t canceled.

The New Zealand Post spokesperson said: “When making the decision to start the trial, we considered a number of risks, one of which was the possibility of customers choosing to reuse products. This was considered along with a number of other factors, including the significant costs that we would be able to save from not cancelling mail.

“When the trial finished, the decision was made to reactivate stamp cancellations, but with modifications to the process enabling us to still save costs, while providing a cancellation mark for customers and preventing reuse.”

New Zealand Post provided Linn’s with a sample example of its new cancel. As shown above, the cancel includes the date and location code in a single line. The “NZP1” code in the example indicates that the mail was canceled in Auckland, according to a report by Andrew Dolphin in the Campbell Paterson Newsletter.