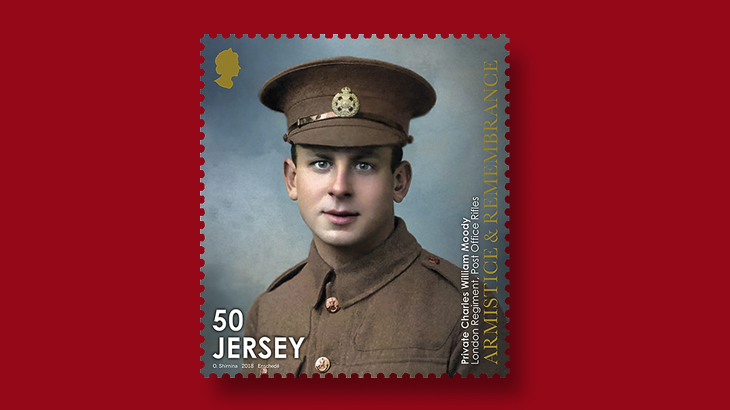 Armistice and remembrance are the themes of the final stamps in Jersey’s five-year stamp series called the Great War — 100 Years.

Jersey Post describes these designs as featuring “original wartime photographs which have been restored and colourised by acclaimed Russian historical colourist, Olga Shirnina to fondly remember and offer a new perspective on those who took part.”