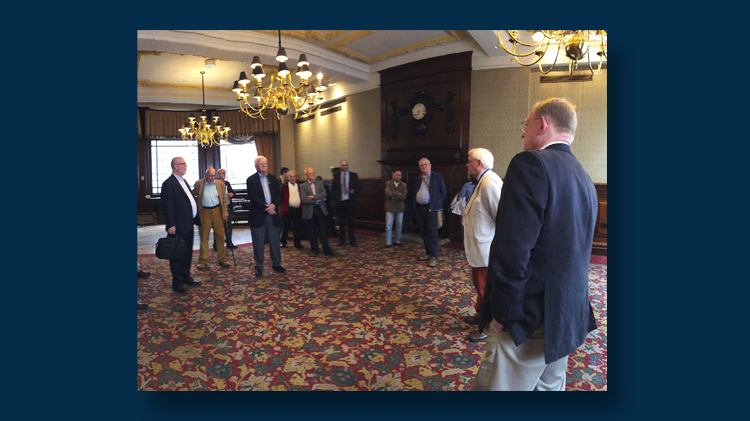 A first-floor room in the Royal Philatelic Society London’s new home, starting in June 2019, at 15 Abchurch Lane in the city of London. This photo was prior to construction starting. Photo by Jay Bigalke.

The Royal Philatelic Society London has been at its location at 41 Devonshire Place in the Marylebone area of London since 1925. Come June of next year, it will move to the city of London at 15 Abchurch Lane. The society had outgrown the space in the previous building.

In mid-September I had the pleasure of touring the new location just days before the construction began with a tight schedule for completion.

For collectors who travel to London for the Stampex shows, the new location is very easy to get to via the Underground train with only a couple of stops separating the show and the new building.

There are many benefits to the new building, all evident to those that have toured the new site. The library will have additional space, there are larger rooms for meetings, there are excellent areas for researchers to use and much more.

As of September, the society has 2,400 members worldwide. For more information, visit its website.