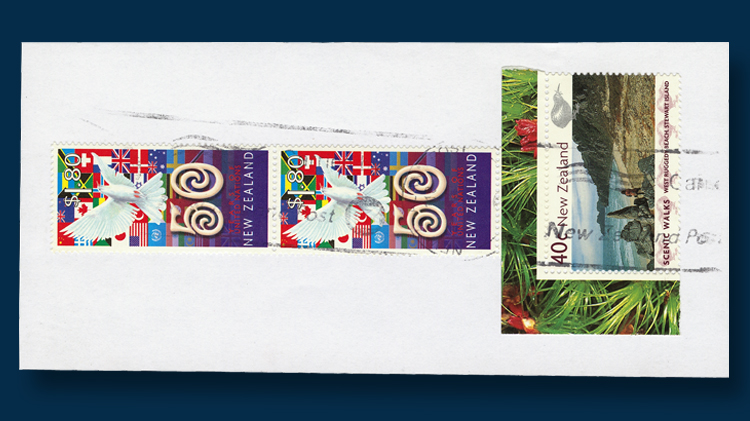 Will machine-canceled stamps from New Ze­aland be a thing of the past?

The spokesperson reported that the trial is nearing completion. When the trial started was not mentioned, however, according to a collector in New Zealand it dates back to at least early August.

As for concerns about the not-canceled stamps being reused, the spokesperson said: “While stamps are not currently being machine postmarked, we do have processes in place to detect the re-use of stamps and postage included envelopes.

“Where we detect this, then items will be treated as unpaid, meaning they will either be returned to the sender if a return address is shown, or if there is no return address, they will be forwarded to our Returned Letters Office to be processed in accordance with the Postal Services Act 1998.”

The spokesperson also assured Linn’s that stamp collectors in New Zealand could still have their stamps canceled by using the special cancellation service at mail centers.

After the trial period is over, New Zealand Post will “assess how to proceed in the future.”