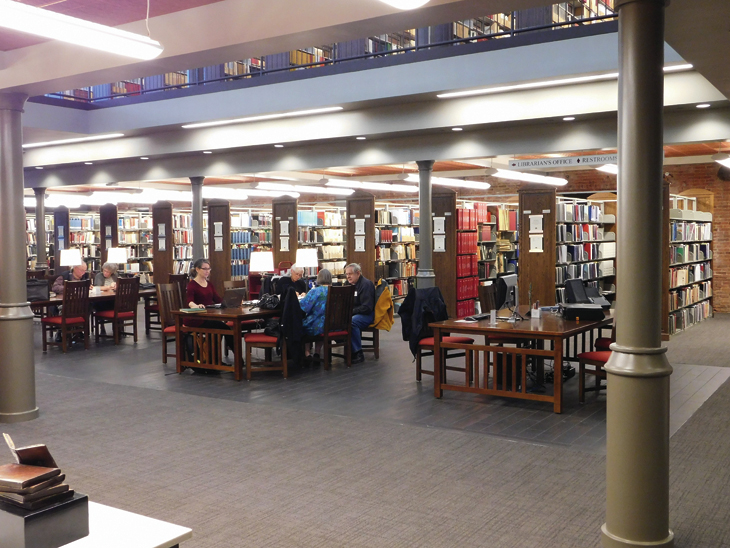 Work areas for library visitors are positioned in several places around the facility, with easy access to the book and periodical stacks, and reference desks. The library also has computers with scanning capability for patrons’ use. 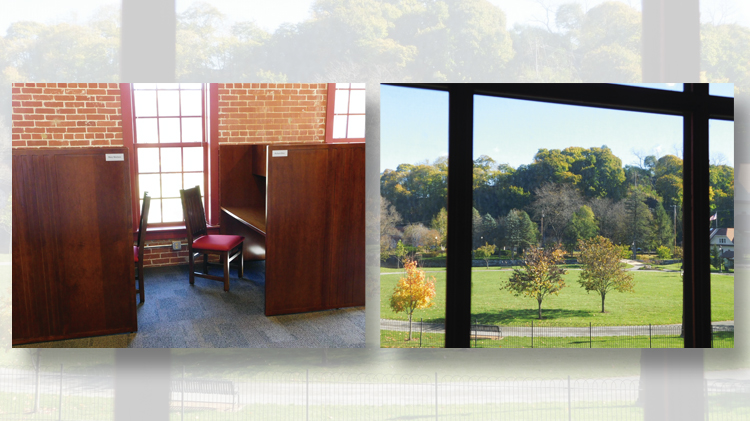 Study carrels in the upper level of the library provide a quiet area for research and study. The windows look out over Talleyrand Park, which adjoins the American Philatelic Center property. 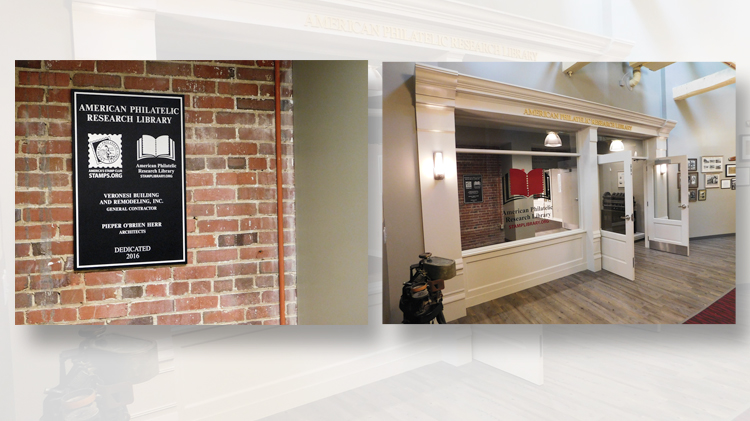 A plaque inside the library entrance commemorates the 2016 dedication of the facility. Though the library had been operating in its new location for several weeks, the doors officially opened to the public with ceremonies during the weekend of Oct. 29. 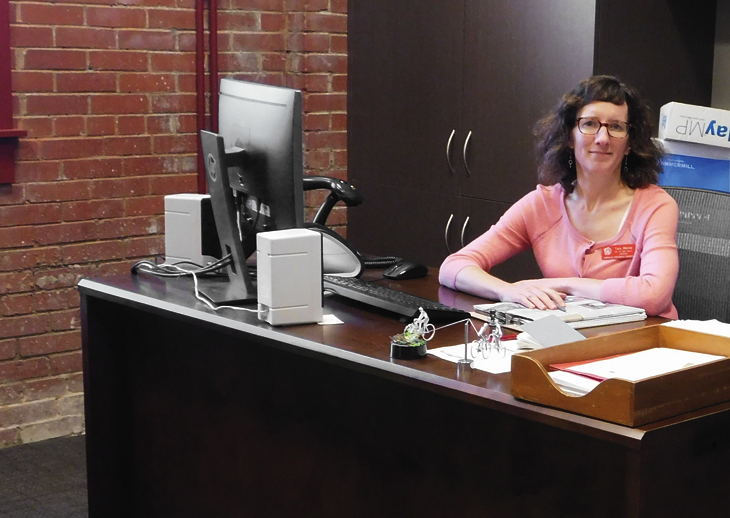 Librarian Tara Murray, the director of information services for the APRL, in her office at the new location. Murray joined the library in 2010. 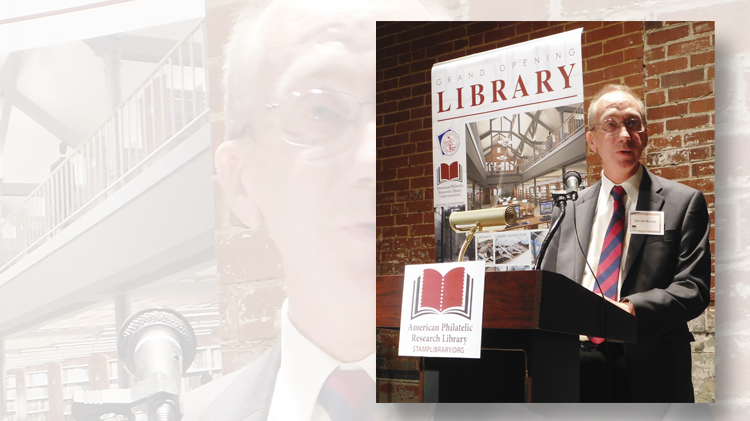 David Beech, the former head of philatelic collections for the British Library, was the featured speaker Oct. 28 during a celebration dinner at the American Philatelic Center. 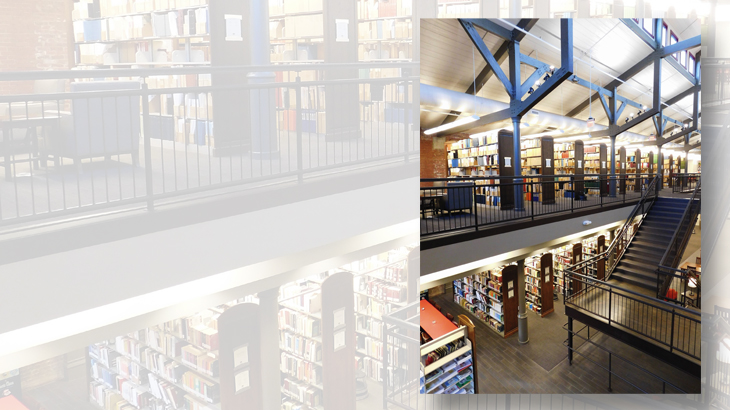 The American Philatelic Research Library’s extensive open shelving is on two floors, with a central staircase and a side elevator. 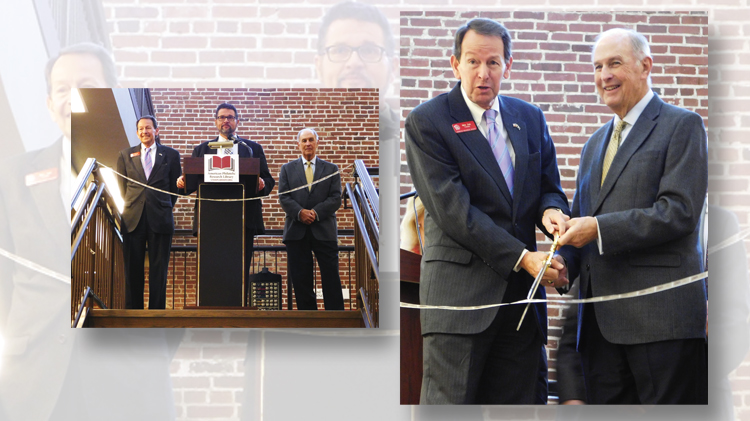 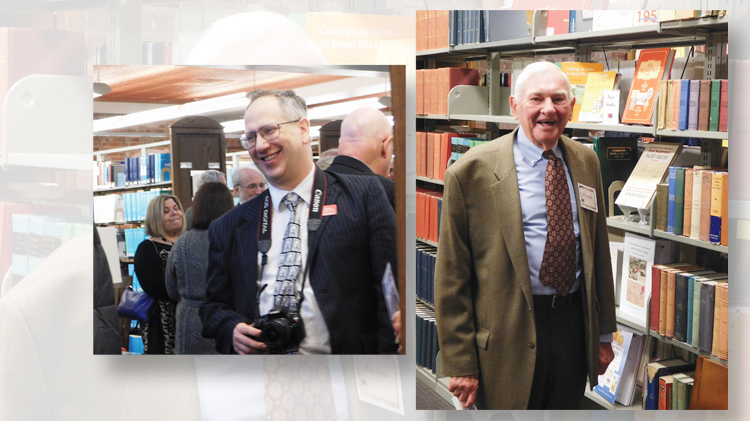 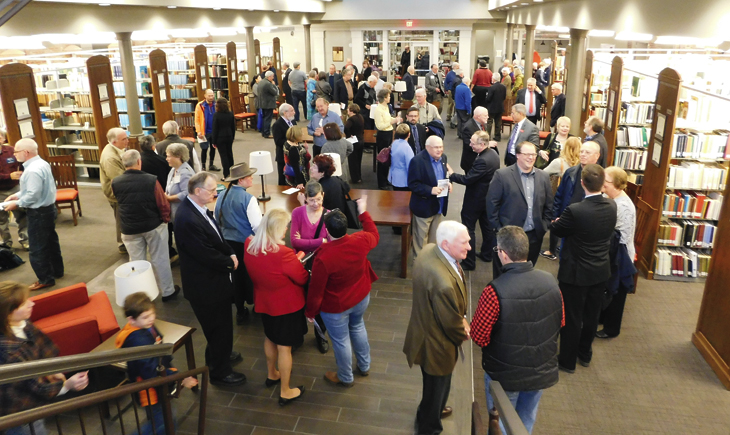 APS and library board members and officers mingle with visitors and guests following the ceremony opening the library. The featured speakers included representatives from local and federal government, community groups, the United States Postal Service, an 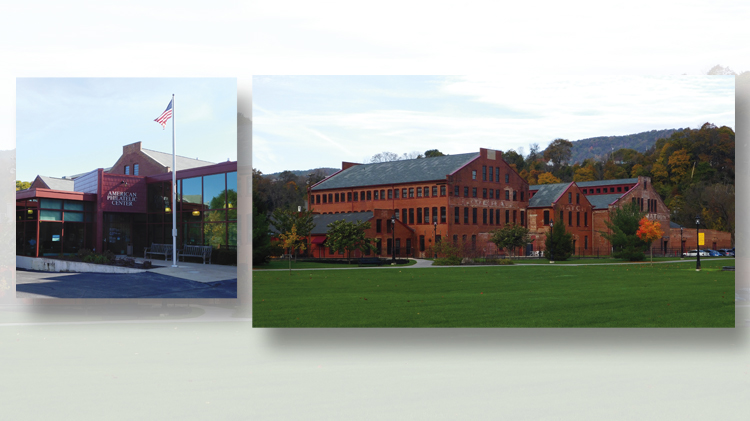 The library opened officially on Oct. 29 with a celebratory dinner the night before and a ribbon-cutting ceremony on Saturday morning.

The events alone drew a few hundred visitors and dignitaries to the site, including David Beech, the former curator and head of philatelic collections at the British Library, and Ambassador Robert E. Lamb, who served as executive director of the APS during its headquarters move from State College, Pa., to its present home in Bellefonte, a transition that had its start in 2002.

Beech was the featured speaker at the Friday night dinner, addressing the subject of the digitization of library materials. He also reminisced about visiting the match factory complex with Lamb in 2001, when the property was in its most dismal state.

“The very place where the library now exists and is opened, we could see it had all of the possibilities, all of the majesty, all of that space then in its primitive state,” Beech said to the crowd.

“I’m absolutely delighted to be back here to congratulate you all on transforming that space from a mess, but a mess of possibilities, into a great philatelic library space. So I congratulate you all, APRL trustees, both current and past, the American Philatelic Society, the librarians across the years and current librarian Tara [Murray], and colleagues, helpers, volunteers, sponsors, and all who have contributed across the years.”

The two-story library contains more than 23,000 book titles and 5,700 journal titles, now safely settled in a quiet and comfortable environment that includes brick structural elements of the carefully restored old factory mingling with the advanced research tools of the 21st century.

Researchers are welcome to visit and take advantage of the comfortable study desks, many with views of the natural beauty of Bellefonte’s delightful Talleyrand Park.

A scanning center makes it possible to copy and story information digitally, while books and periodicals extending from the 19th century to the newest releases are neatly stored for easy access.

Additional items are kept in closed stacks, but library staff are available to help locate these materials when needed. The library holdings can be searched online with public access computers on either floor, or visitors’ own devices.

The library fills 19,000 square feet in the American Philatelic Center, part of the former match factory complex in central Pennsylvania. The factory thrived during the first half of the 20th century, closing in 1947 as cigarette lighters and book matches diminished the need for the wooden matches manufactured there.

The structure was vacant and in disrepair when it was purchased by the library in 2002.