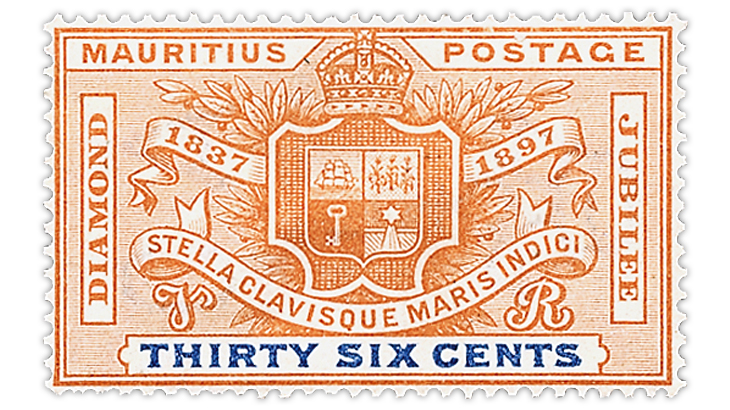 Mauritius was itself a British colony from 1810 to 1968. As such, it produced some world-class rarities that are valued at from five to seven figures. For something a bit more affordable by the average collector, look for the 36¢ Coat of Arms stamp (Scott 112) issued May 23, 1898, to commemorate the diamond jubilee (60th year) of the reign of Queen Victoria.

The Scott Classic Specialized Catalogue of Stamps and Covers 1840-1940 values the stamp in unused, original gum condition at $13.50. A used example is valued at $27.50 with the value in italics.

The stamp is a good buy at up to Scott catalog value. The usual caveat applies that used examples must have identifiable correct in-period cancellations.