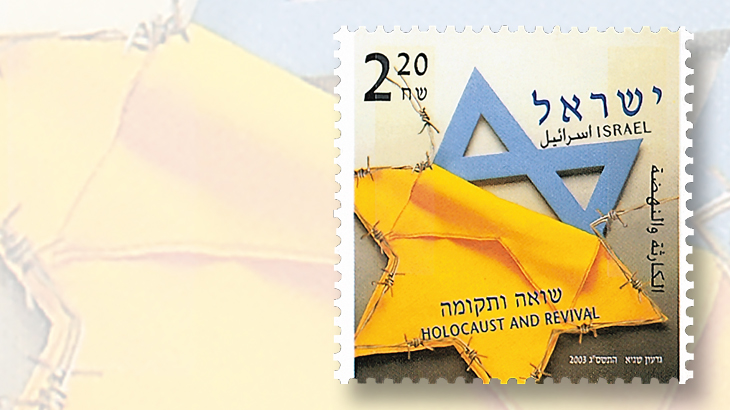 The American Philatelic Society has donated 500,000 canceled postage stamps to Foxborough Regional Charter School for use in its Holocaust Stamps Project.

The stamps were personally delivered in 16 boxes by APS executive director Scott English, who traveled with them in early May from APS headquarters in Bellefonte, Pa., to the school in Foxborough, Mass., southwest of Boston.

Many stamps donated to the project are being trimmed and shaped to create a planned 18 collages.

“The students spent nearly every day for five months counting, placing and gluing the hundreds of domestic and international stamps to fit the outlined design created especially for them,” the charter school’s website explained about a recently completed collage.

More than 9.4 million stamps had been collected since the project began in 2009 prior to the APS donation. Stamps have been donated from 40 states and five foreign countries.