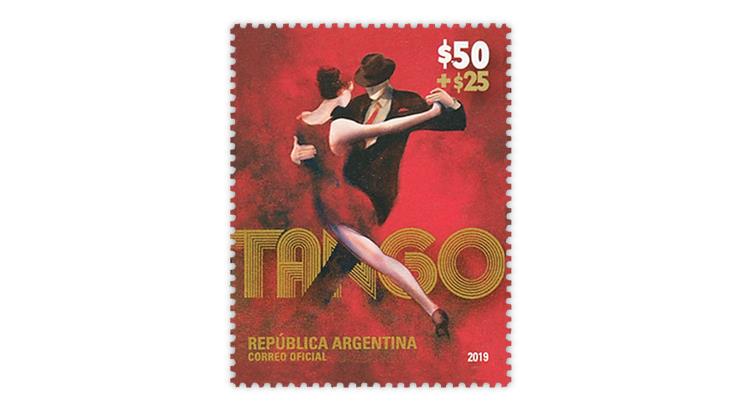 An Argentine semipostal featuring an illustration of tango dancers received the Yehudi Menuhin trophy after being voted the most popular music stamp of 2019. The poll is organized by Motivgruppe Musik, the International Philatelic Music Group. 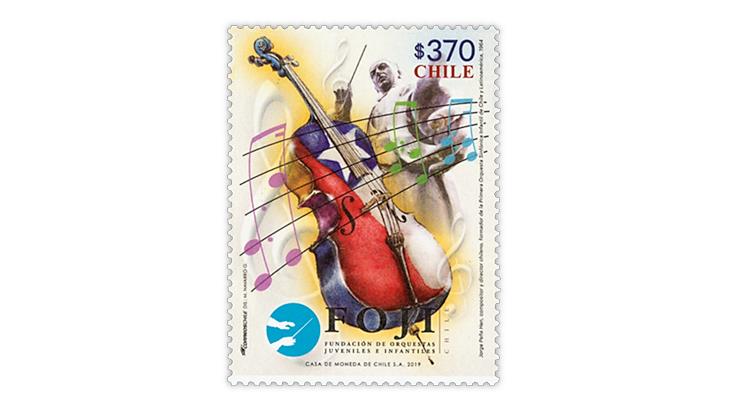 Coming in second place in the popularity poll for the best music stamp of 2019 was a stamp honoring the Youth and Children’s Orchestras Foundation of Chile. 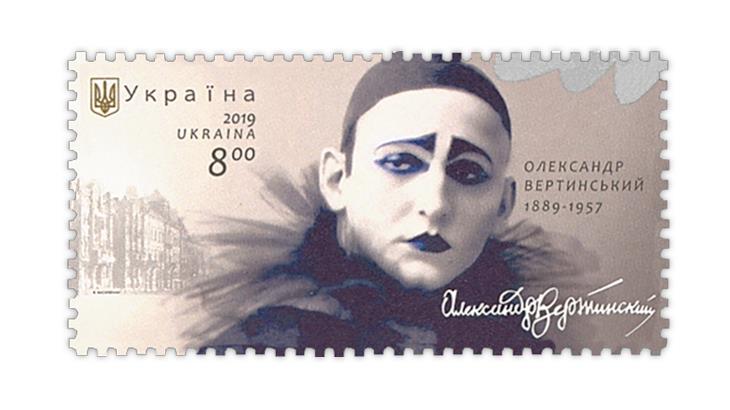 A stamp from Ukraine commemorating singer, composer and actor Alexander Vertinsky placed third in the poll.
Previous
Next

A semipostal stamp showing tango dancers was voted the most popular music stamp of 2019 in a poll organized by Motivgruppe Musik, the International Philatelic Music Study Group.

In the press release from Motivgruppe Musik announcing the winners of the poll, Raffaelli said of her design: “The essence and culture of a country can be compressed in an image. To realize this in a space as small as a postage stamp and to globally communicate in this way the history of a country is for me a recurring challenge.”

Raffaelli has been part of the design team in the philatelic department of Correo Argentino since 2013 and has designed several previous stamps, some also related to music.

She said, “Due to the variety of topics that I encounter in my work, I feel that designing postage stamps is a dream came true.”

Motivgruppe Musik reports this stamp was among the 66 from 44 postal administrations competing in the poll. Collectors from 58 countries participated in the online voting.

The Argentine stamp received 222 votes, 6.87 percent of the total votes in the poll.

Coming in second with 197 votes was Chile’s stamp commemorating the Youth and Children’s Orchestras Foundation of Chile.

The foundation maintains 18 symphony orchestras across the country and supports the musical development of more than 1,000 young musicians with scholarships, according to Motivgruppe Musik.

Motivgruppe Musik has conducted an annual poll to determine the most popular music stamp of the year since 1980.