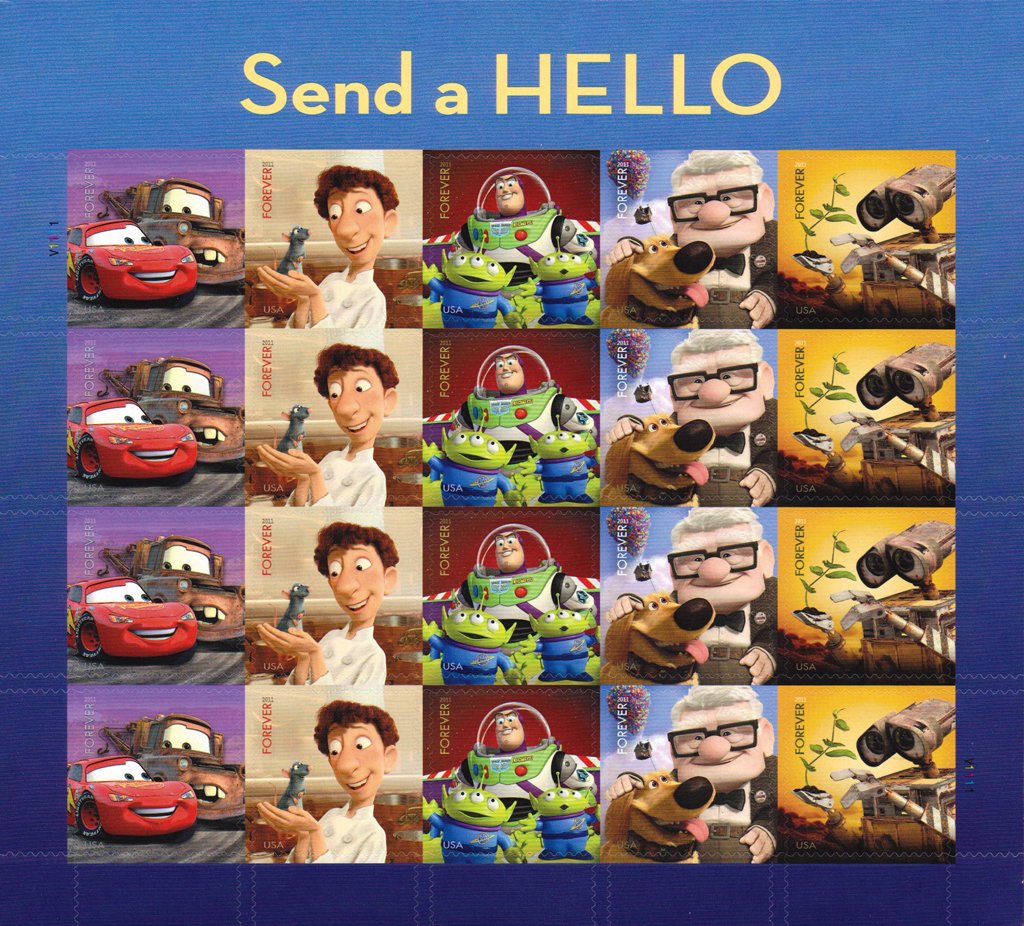 Characters from five different Disney/Pixar films – Cars, Ratatouille, Toy Story, Up and WALL-E – appear on five 2011 U.S. issues under the slogan, “Send a Hello.” The Cars stamps are in the first column of the pane. 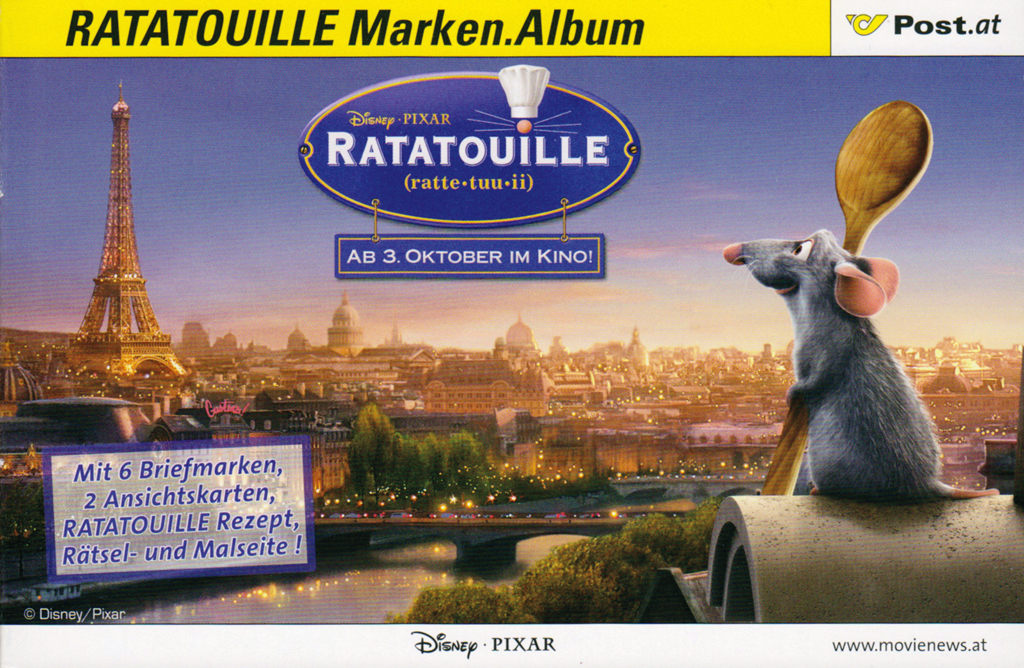 Austria produced a booklet with two panes of stamps showing characters from Ratatouille, the Academy Award-winning 2007 film about a rat who wants to be a chef. 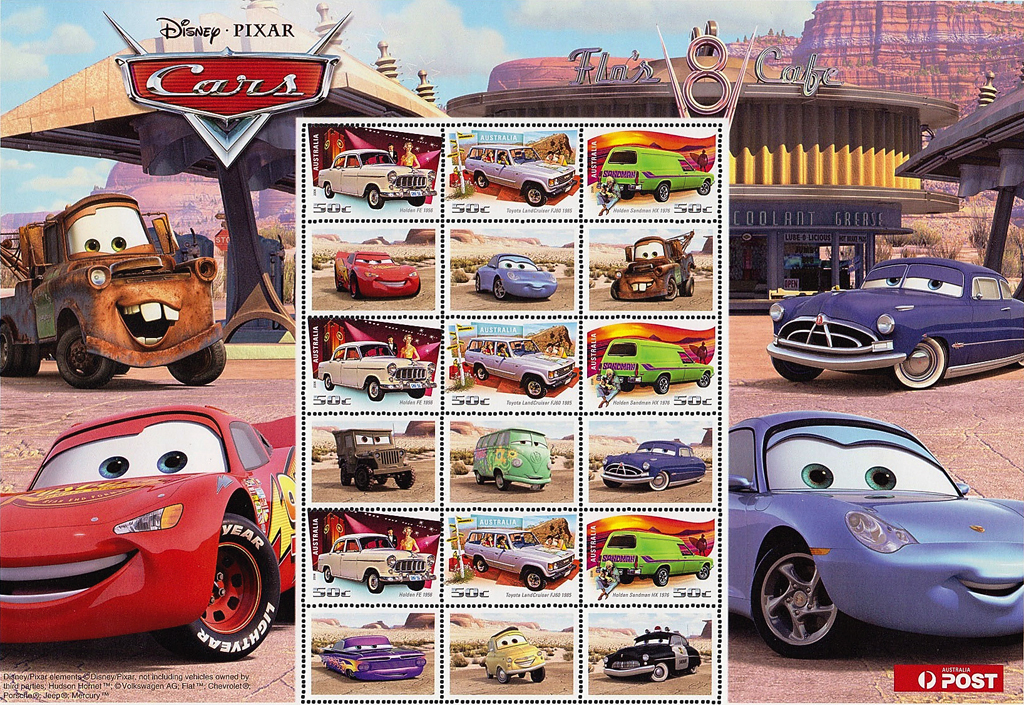 Cars, released in 2006, showed a world populated only by vehicles. Souvenir sheets from Australia in 2006 show classic cars along with Cars labels.
Previous
Next

Australia issued a souvenir stamp sheet (Scott 2225) in 2004 containing 10 stamps showing the Southern Cross constellation, with characters from Finding Nemo in labels attached to the stamps and in the border area of the sheet, which is in the new A4 format with a special printed effect. This sheet was the first in a series of Disney/Pixar sheets by Australia Post.

Pixar released its sixth film in 2004, an action-adventure film called The Incredibles, about undercover superheroes, using its first outside director, Brad Bird.

John Lasseter sat in the director’s chair for the 2006 Cars, a film about race cars and life on Route 66. In that same year, the Walt Disney Company purchased Pixar.

The Cars stamps are in the first column of the pictured Send a Hello pane.

One of Australia’s souvenir stamp sheet series, in 2006, used a Cars/cars theme, depicting Cars characters in the labels and selvage borders of the sheet that includes stamps depicting classic cars. One of the sheets is illustrated above.

In 2006, Austria made available a special booklet for Cars with three sheets of customer-personalized stamps featuring characters from the film on the stamps and in the borders.

(All of the Austria booklets featuring Pixar subjects had limited print runs and are available only through Austria Post, https://post.at, and will probably not be listed in most stamp catalogs.)

Belgium has issued one of its “Duostamp” booklets featuring Cars as well: five regular postage stamps with decorative Pixar labels.

The Academy Award-winning Ratatouille, the story of a rat who wants to be a chef, was released in 2007.

Austria produced a booklet (cover illustrated here) of two panes with three stamps each and illustrations of the characters from Ratatouille, and the United States issued a single stamp (Scott 4554) showing two Ratatouille characters in their 2011 “Send a Hello” set of Disney-Pixar film subjects.