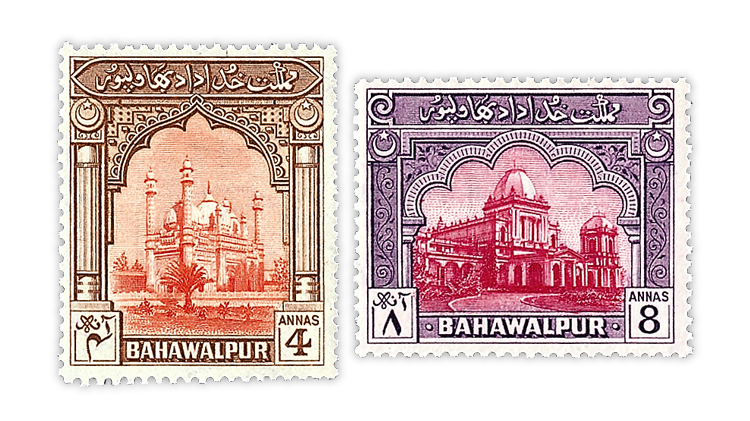 Engraved and brightly colored stamps of Bahawalpur, such as these two from a 1948 pictorial issue, are popular with British Empire, India, Pakistan and world classic stamp collectors.

In 1947, independence resulted in the partition of the former dominion into India and Pakistan. On Oct. 3, 1947, Bahawalpur acceded to Pakistan, but it remained autonomous as a princely state until Oct. 14, 1955, when it became a province of Pakistan. As a princely state, Bahawalpur issued its own postage stamps, but these were valid for postage only within Bahawalpur.

Many of the stamps of Bahawalpur are beautifully engraved and brightly colored. They are of interest to British Empire, India, Pakistan and world classic stamp collectors.

As is usually the case when used stamps are more valuable than mint stamps, expertization is advisable to insure legitimate in-period postal use.