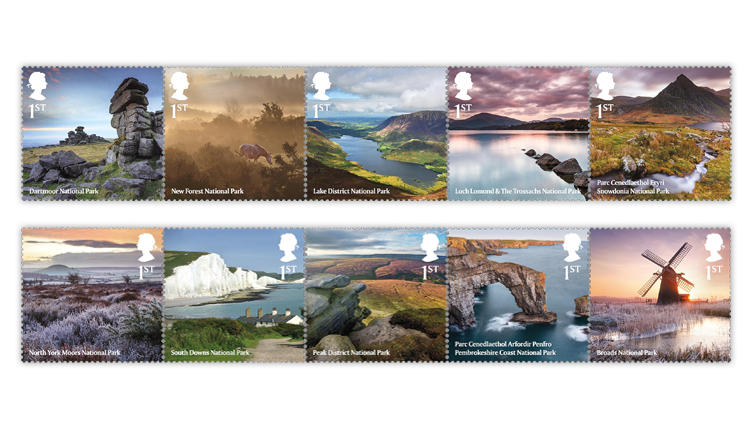 Great Britain’s postal authority, Royal Mail, will mark 70 years of its national parks with a new set of 10 stamps to be issued Jan. 14.

“Britain is a geological smorgasbord shaped by centuries of conquest, agriculture and industry, and this interweaving of varied nature and complex history is what gives our national ‘breathing spaces’ their remarkable diversity,” Royal Mail said in its presentation pack folder that describes all 15 of the United Kingdom’s national parks.

The Studio Mean designed the stamps. Each stamp measures 36.5 millimeters by 34.7mm and is perforated gauge 14 by 14.5. The stamps are nondenominated, paying the first-class rate (85 pence as of Jan. 1).

Also being issued is a booklet of six nondenominated first-class stamps: one each of the Peak District and Snowdonia stamps, plus four Queen Elizabeth II Machin definitives.