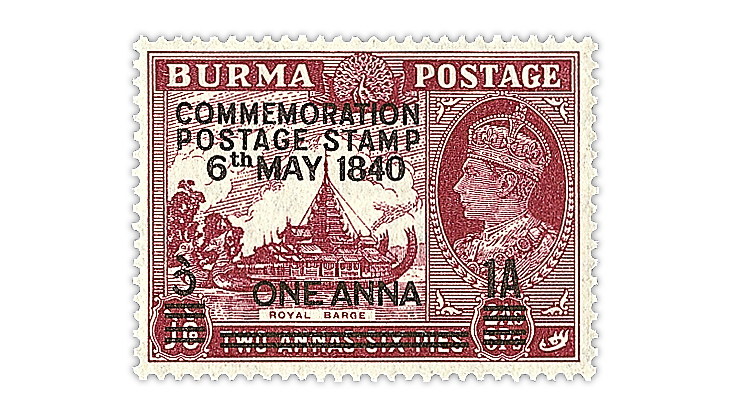 Cacheted first-day covers for Burma’s stamps issued before 1950, such as this 1940 overprinted stamp, are in demand.

Burma (also known as Myanmar) was part of the British raj of India from 1826 until April 1, 1937, when it became a self-governing state of the British Commonwealth.

Burma was invaded, conquered and occupied by Japan during World War II. After the war, it achieved full independence on Jan. 4, 1948.

Cacheted FDCs for all of these pre-1950 issues of Burma are selling in the $50 to $250 price range and are good buys at those prices. Most of the available FDCs are addressed, which does not detract from their value.

U.S. Views of Our Planets pane of 16 is in demand