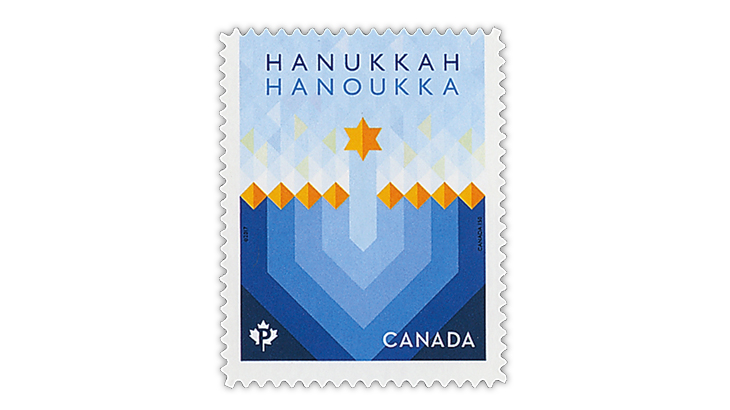 Canada Post will issue a Hanukkah stamp Nov. 14, according to an announcement in the September Details, its bulletin for stamp collectors.

However, no further information was reported about the Hanukkah stamp, which was not previously included on Canada Post’s 2019 stamp program.

In the September Details, Canada Post also announced November issue dates for its Christmas stamps and the 150th anniversary of the Red River Resistance commemorative stamps.

The Christmas stamps will be issued Nov. 4. The religious-themed stamps will feature the Magi, and the secular stamps will display the theme of Shiny and Bright.