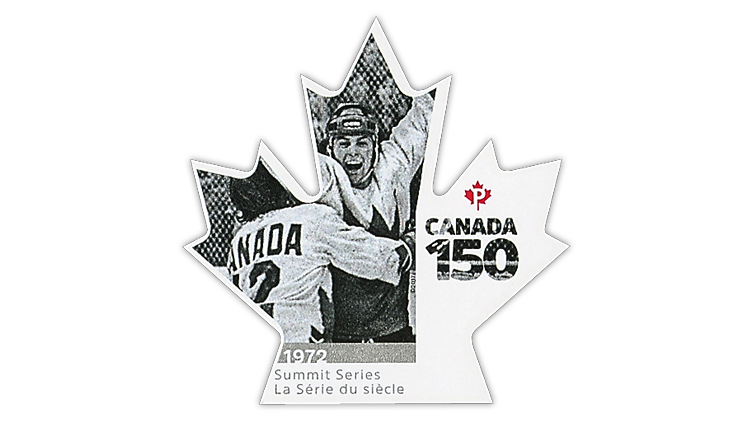 Canada Post will celebrate the 50th anniversary of the Summit Series, eight hockey games in 1972 between the national teams of Canada and the Soviet Union, on a stamp or stamps to be issued in 2022. Canada Post also honored the series on the maple-leaf st

Canada Post gave a sneak peek of its 2022 stamp program in the June-July issue of Details, its magazine for collectors.

Canada Post reported that it will start its 2022 commemorative stamp program with a Black History Month issue honoring Eleanor Collins. Celebrated as Canada’s first lady of jazz and a living legend, Collins is 101 years old; she was born Nov. 21, 1919, in Edmonton, Alberta.

Collins was appointed as a member of the Order of Canada in 2014. The order is how Canada honors people who have made outstanding contributions to the nations, according to the website of the governor-general.

The website said of Collins: “Imagine a stunning singer with a beautiful voice and marvellous range (jazz, gospel, blues, pop), an African-Canadian singer who has worked with Phil Nimmons, Oscar Peterson, and Dizzy Gillespie, and who was often compared to Lena Horne and Ella Fitzgerald. That singer is Eleanor Collins, the first artist of colour in North America to host her own national weekly television series.”

A stamp scheduled to be issued later in the year will commemorate Salome Bey (1933-2020), considered Canada’s first lady of the blues. Born in Newark, N.J., Bey moved to Toronto, Ontario, in 1964.

Bey was invested as an honorary member of the Order of Canada in 2006.

The official citation reads: “Over the past four decades, Salome Bey has displayed a multiplicity of talents that reveal the true depth of her artistry. As a singer, actress and songwriter, she has made an impact on Canada’s music scene that will resonate for generations to come. Her unique style and distinctive voice are her hallmarks. She is known for her graceful interpretations of timeless blues, gospel, pop, and rhythm classics, as well as for her original compositions. Equally inspiring as a mentor, she encourages young artists to follow their dreams with her special blend of sage advice and passion for her craft.”

The entry for Prince in the online Canadian Encyclopedia begins: “Tommy Prince is one of Canada’s most-decorated Indigenous war veterans, having been awarded a total of 11 medals in the Second World War and the Korean War. Although homeless when he died, he was honoured at his funeral by his First Nation, the province of Manitoba, Canada and the governments of France, Italy and the United States.”

The stamp commemorating Prince is scheduled to be issued close to Remembrance Day (Nov. 11), according to Canada Post.

Canada Post also announced that it will issue stamps in 2022 to “pay tribute to three Indigenous leaders devoted to protecting the rights and cultures of their people.” The announcement does not name these leaders.

The subjects of other commemoratives in 2022 will promote the saving of lives through organ and tissue donation and mark the 50th anniversary of the 1972 Canada-Soviet Union ice hockey series known as the “Summit Series.” Canada Post previously honored the series on maple-leaf-shaped stamps issued in 2017 as part of the Canadian Confederation 150th Anniversary set (Scott 2999c, 3002).

Canada Post says that “just in time” for the Capex 22 international stamp exhibition to take place in Toronto June 9-12, 2022, it will issue “stamps showcasing five vintage travel posters, along with other collectibles and a special souvenir sheet.”

The stamps in the annual spring Flower issue will picture callas. Canada Post point out that while they are commonly called calla lilies, they are not members of the lily family.

Endangered whales and vintage carousels also will be featured on Canadian stamps in 2022.

In addition, the program will include stamps celebrating Eid, Diwali, Hanukkah and Christmas. Canada Post describes the Christmas set as “a three-stamp holiday issue that’s, quite frankly, for the birds!”