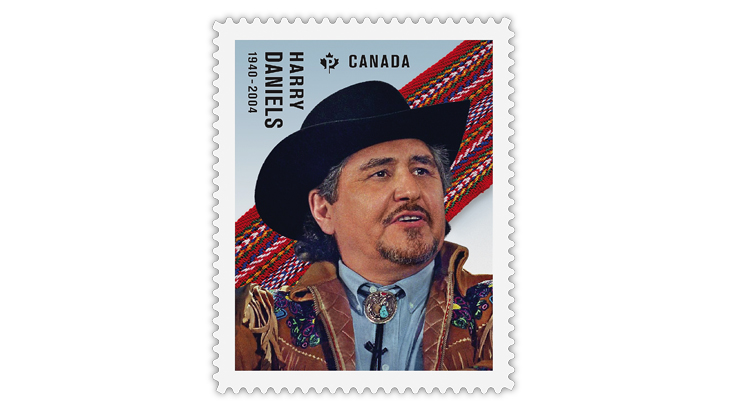 The series will pay tribute to the lives and legacies of Indigenous leaders. The first three stamps will be issued June 21, National Indigenous Peoples Day in Canada, and will feature Harry Daniels, Jose Kusugak and Chief Marie-Anne Day Walker-Pelletier.

Canada Post will unveil the stamps in three separate events on June 13, June 14 and June 15.

Daniels (1940-2004) dedicated his life to the rights and well-being of the Metis group of Indigenous peoples as well as nonstatus Indians, which is the term the Canadian government uses for First Nations individuals who are not registered with the federal government.

The stamps commemorating Kusugak and Day Walker-Pelletier will be unveiled June 14 and June 15, respectively.

The set of three Indigenous Leaders stamps will be issued June 21 and will be available online from Canada Post and in postal outlets across Canada on that date.