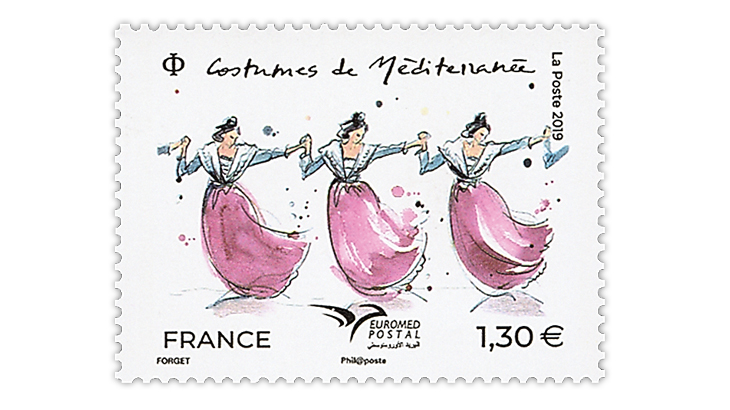 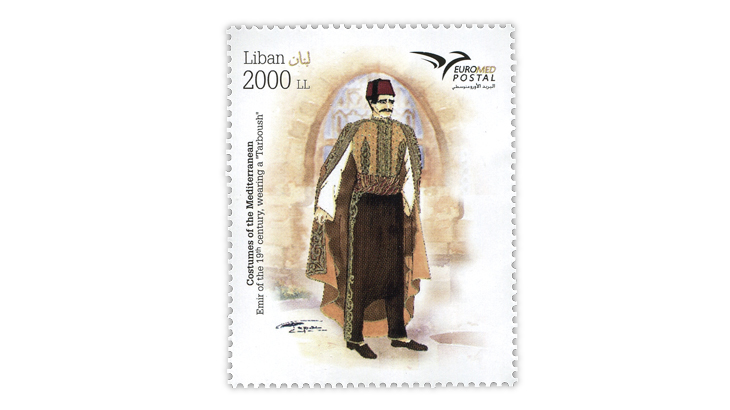 Lebanon placed second in the Euromed stamp design contest with this stamp showing a 19th-century emir. 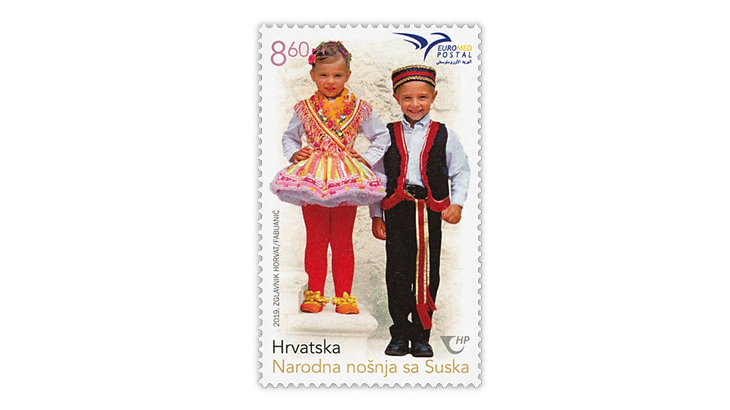 A French stamp won the first design competition organized by the Postal Union of the Mediterranean.

All stamps entered into this online competition were part of a multination series also organized by the postal union.

This series, known as Euromed, began in 2014. That year the participating postal administrations all issued stamps featuring the same design. Since then, there has been a central theme with each postal administration creating its own stamp designs. The 2019 theme is costumes of the Mediterranean.

The winning design from France features a traditional woman’s costume from Arles in southern France. Sabine Forget’s design for this €1.30 stamp is based on a drawing by Leo LeLee.

France’s La Poste also worked with the Art and History Museum of Provence and the Museon Arlaten (Arles Museum) in creating the stamp. It was issued July 8 in sheets of 42.

Euromed stamps from Lebanon and Croatia placed second and third in the contest, respectively.

The £2,000 stamp issued July 8 by Lebanon shows an emir of the 19th-century wearing a tarboush, a hat similar to a fez.

Online voting for the contest was open from July 9 through Oct. 8, and the Postal Union of the Mediterranean reports that more than 8,000 votes were recorded from 84 countries.

The postal union has also announced the themes of traditional gastronomy in the Mediterranean for the 2020 Euromed stamps and of handcrafted jewelry of the region for the 2021 stamps.